Simon Hughes Deserves Both our Condemnation and Understanding 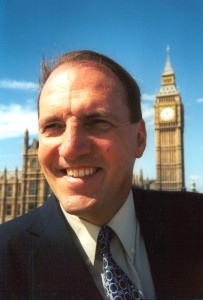 And then there were two. Only Chris Huhne and Ming Campbell remain as serious contenders in the LibDem leadership race following Simon Hughes's outing in today's Sun. It's not the fact that he's gay that's the problem. It's the fact that like Mark Oaten and Charles Kennedy he has lied. Although you wouldn't know it from his comments on the media today. Let's be clear, when questioned by The Independent he didn't hedge around the question, he said quite categorically he was not gay, not once but twice. He repeated the answer in another newspaper. That, in my book, is a lie. I was on Radio Five Live this morning talking about this with gay LibDem MP Stephen Williams. He seemed outraged that Simon Hughes could be accused of lieing. Indeed, he said that Charles Kennedy hadn't lied over his drinking. He must be living on a parallel planet. To people out in the real world the fact that politicians don't tell the truth is far more serious than what they get up to in the bedroom. As I said on 5 Live this morning, the most damaging aspect of the Oaten and Hughes sagas is that young men all round the country who are firmly in the closet, will probably remain there for that bit longer because Simon Hughes's behaviour indicates a feeling of shame. The other aspect to this is Simon Hughes's behaviour during his by-election campaign against Peter Tatchell in 1983. I heard Tatchell on 5 Live Drive this evening and he was quietly impressive in his protection of Simon Hughes. He accepted his apology and praised him for his voting record on gay rights and human rights issues. Hughes was a young man at that time and probably didn't control the direction of his campaign, which included the infamous SIMON HUGHES - THE STRAIGHT CANDIDATE POSTER.

There's no question that Hughes is a man of courage. At great personal risk to himself he appeared in court to give evidence against a gang of thugs and contributed to them being put away for a long time. He received threats of physical violence and I am told death threats. Despite this he persevered and justice prevailed.

We must also remember that he is 54 years old and for him to come out now will have been psychologically trying for him to say the least. I know myself the traumas one goes through when one 'comes out', particularly with regard to the reaction of one's family and friends. When I decided to go into politics I came out before being selected as a candidate. I remember having to tell friends of twenty years standing something they may have suspected but we had never talked about. Without exception their reaction was amazing and it made me think I should have done it years earlier. But I had regarded it as no one's business but my own. But if you go into politics you know what can happen. You know that journalists are always looking out for a saucy story, and being gay still provides them with the salacious headlines they love. I made up my mind that the only way to avoid the 7pm phone call on a Saturday night from the News of the World was to be open. If people couldn't cope with it, well that was their problem. But Simon Hughes couldn't have done that in 1983. Since then he has been circumspect and avoided the issue. Many people in Parliament suspected he was gay and he had been seen in gay bars and night clubs. Apparently in his constituency it was an open secret. And that's how he would have preferred it to stay. He didn't want to worry his ageing mother with it and his Christian activities mitigated against making any form of public statement. I totally understand that. Where he went wrong was to give interviews to two newspapers where he told an untruth. Or perhaps where he went wrong was to stand for the LibDem leadership in the first place, if he wasn't willing to be open. But we also have to face the fact that if Mark Oaten hadn't been outed on Sunday, Simon Hughes probably wouldn't have been today. My great fear now is that the media smell blood. I wouldn't be at all surprised if there were further revelations between now and Sunday. If I were an MP with a personal secret I don't think I'd look forward to answering my phone on Saturday.

So is Simon Hughes finished as a leadership candidate? I think it's difficult to tell, but if I had to fall off the fence, I'd say yes. I am not familiar enough with the grassroots LibDem members who have the vote to make a judgement on whether being gay will lose him any votes. I suspect it may cost him a few in rural areas but the issue of having told a lie will cost him more. Alternatively, depending on how he copes with the next few weeks he made get quite a decent sympathy vote. Time will tell.

But just spare a thought for two other men tonight - firstly, Charles Kennedy. He can be forgiven if he has a slight felling of "serves 'em all right". And finally, Mark Oaten, who has reportedly been told by his wife that their marriage is over. No one can derive any pleasure from seeing a man's life fall apart in the space of 5 days, no matter what he has done. I just hope he has some good friends to count on.
Posted by Iain Dale at 7:28 pm

An interesting and measured post. Was he ever asked if he was bi-sexual or just if he was gay? I suppose he could technically answer he wasn't gay if he had sexual relations with both sexes, thus making him bi. This would be skating on thin ice in terms of complete honesty and openness however.

I agree with you to be honest, I don't care if he is gay or fancies elephants or has sex with inanimate objects or whatever. It's the lying and hypocrisy that annoys me.

By the way any inside news on Martin Popplewell and his unfortunate remarks last week?

I reckon that Hughes will not suffer a net drop in votes from LibDem members over this.

They’re a self-righteous bunch, LibDems – expect this to solidify Hughes as ‘their outsider against the system’. LibDems love a victim.

Interestingly, on the 5 Live Drive programme this afternoon they held a (albeit entirely unscientific) poll of Lib Dems as to who they would prefer to be Party Leader from the three existing candidates plus Charles Kennedy and over 80% voted for Kennedy.

I agree with a lot of what you've said here Iain, but the 'straight choice' line on the leaflet does seem to be a load of bollocks.

Take a look at this contemporary Alliance leaflet from the Brecon by-election. Exactly the same line prominent, and clearly nothing to do with homophobia...

I'd recommend reading
Comment: So what if Hughes and Oaten are gay or bisexual?

Calculator watch has a point here. I think this might just be a case of the media not asking the right question, thereby allowing a politician to wriggle out of giving a straight answer (no pun intended.)

I have mixed feelings about the Hughes story. He did effectively mislead the public over a number of years and to that extent I think the public has a right to know the truth. But as Angela Eagle has said it shouldn't have been necessary for the question ever to be asked.

Mark Oaten is a different case IMHO. Though it pains me to say it, I have some sympathy for Stephen Glover's argument in the Mail that this was a depravity too far even for the Lib Dems. Simon Hughes' past merely appears to involve consensual gay relationships. Oaten on the other hand appears to have forced someone to engage in what Glover rightly called de-humanising and humiliating activities.

btw Iain, many thanks for the "Top 25" listing - hope you don't change your mind after reading this!