This Blog Is Now Closed

This blog is now closed.

from midnight on 8 July 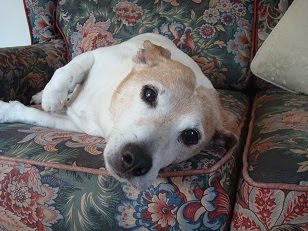 Gio Simmonsdale
1997-2011
Maybe it's somehow fitting that this will be the last ever blogpost on this blog. It marks the end of two eras - the end of this blog, as in a few days time my new site, Dale & Co launches, and also the end of a life.

Five hours ago my beloved little Jack Russell, Gio, died. Those of you who have ever had the privilege of owning a dog will know what a devastating time this is for me and my family, who loved him with all our hearts. It is scant consolation to know that we gave him the best life a dog could possibly have, as a gaping hole has opened up in our lives, which can never, ever be filled.

Most Jack Russells are characters, and Gio was no exception. He was a cheeky little blighter and had us all wrapped around his little paws. 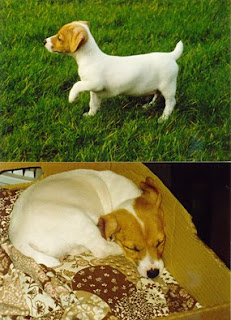 Gio was a Battersea dog. Back in early 1998 we went to Battersea, ostensibly to get a fully grown, house trained dog. We emerged with a six week old Jack Russell puppy who was so small that I could hold him in the palm of my hand. People often ask why we called him Gio? I wanted to call him Rio, after Rio Ferdinand, but that was vetoed by he who must obeyed. But I wear an aftershave called Aqua di Gio, and as I was shaving one morning I saw it on the shelf and thought to myself that Gio sounded enough like Rio, and it was just right for him. After that, my aftershave became known as Gio’s piss...

When I grew up we had always had Jack Russells so I knew what wonderful dogs they could be, but I had no idea this little mite would give us so much pleasure and become such an integral part of our lives. He was a dog that everyone loved. And Gio loved them back. Well, almost everyone. He didn’t care much for children, and let them know it in a typical Jack Russell kind of way - he would give them a nip. For some unfathomable reason he also didn’t like people on bicycles. If he saw someone riding a bike he would literally go mental.

During the first few years of Gio’s life, he would come to work with John and me at our Westminster bookshop, Politico’s. We barred him in behind the counter, but on several occasions he escaped and delighted running round the shop at full pelt, causing total havoc. The customers thought it was an absolute hoot. 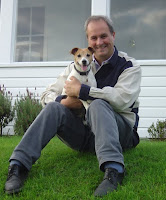 In his early years Gio was a very fit and active dog. He loved going to the park and haring after a tennis ball I would throw. He never tired of it and would happily carry on for half an hour given half a chance. Sadly, this activity came to an end when one day he jumped off a sofa and damaged a knee ligament. Although we were still able to take him for walks, he wasn’t allowed to run at all, which meant that over time he became a bit of a porker. This proved to be a real problem as Gio was a terrible food thief. You’d give him his meal and ten minutes later he’d give you a look which said “Daddy, why are you starving me, give me some of your doughnut”. And believe me, he had this look which made you want to give in to his every demand. We didn’t, but felt very guilty for refusing him anything.

My worst memory of Gio's life was when he was run over. And it was my fault. He was on an extendable lead and I was walking ahead of him when I suddenly became aware of an approaching car. It happened in slo-motion. I heard a thud, and then Gio emerged from the side of the car and sat down on the pavement holding his paw up. I gathered him up, ran home bawling my eyes out, thinking he would die. We put him in blankets and rushed to the vet who diagnosed a sprained leg. It could have been so much worse.

Back in 2005 Gio spent a morning with me on the general election campaign trail in Cromer. We bought him a union jack coat. But sadly even Gio’s charms couldn’t rescue me from an inglorious defeat at the hands of Norman Lamb.

Gio was a dog that liked his routine. At 2pm precisely he would sit by the dog chew draw. At 10pm he would demand his nightly rich tea biscuit and slurp of cranberry juice. On his nightly walk he would go so far and no further. And like all Jack Russells, a walk in his view was less about exercise and more about having a good old sniff. 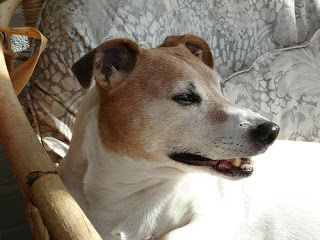 But over the last year there had been a clear decline in the little scamp’s health. He developed a slight heart problem and seemed to pant too much. We were warned by the vet that he might not be long for this world. But he was a doughty fighter and bounced back again. But just before I went to Australia it became clear that he was struggling. I dreaded going away for three weeks with the thought in the back of my mind that I might not see him again. My partner John and I chatted on Skype video twice a day and I made him show me Gio each time, just so that I could be reassured he was still alive. I know John dreaded having to tell me he had died while I was away.

Whenever I go away the one thing that keeps me going is the thought of the welcome Gio will give me when I get home. And that was my abiding thought as I flew back from Australia the Sunday before last. But instead of being delighted to see me when I walked though the door, and instead of giving my face a good licking, he just looked at me to say “Oh, you're back then.” And then he wandered into the kitchen. I was gutted. And I knew then that something was seriously wrong. He had also clearly lost a lot of weight. He’d come to my sofa for “a love” – and just stare u at me into my eyes, as if to say “Daddy, what’s wrong with me, please put it right”. That look never failed to bring a tear to my eye. 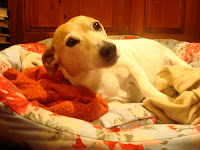 Anyway, the vet then diagnosed diabetes. We were told he’d need an insulin injection every day. But then a minor miracle happened. An hour after the first injection he was back to his old self. He was eating properly, full of life, tail erect, being cheeky, keen to go on his walk, and everything seemed right with the world. But it wasn’t to last.

I got home from my radio show on Friday night to find that a few minutes before I got there he had had what we thought was a hypoglycaemic attack. He had fitted. We got the vet out to see him, hoping beyond hope that he would be able to fix him. Instead he delivered the devastating news that Gio was unlikely to make it through the night. It appeared he had had a stroke. He wasn’t in pain, but the sadness in his eyes told its own story. As the hours wore on, his breathing got gradually weaker, and at 5.30am he passed away.

Our lives will never be the same. He meant everything to John and me. He and John were devoted to each other. Gio knew that if he felt ill, it would be John that would make him better. He was the constant in Gio's life. John and I are very different. John is stoic and knows what to do if Gio is in pain. I collapse into an emotional jelly. And so it was last night. Gio spent most of his ast few hours staring up at John and I. If he could have spoken, he would have said to John: "Thank you, Daddy, thanks for being there for me. Thanks for giving me a wonderful life".

If you haven’t had a dog in your life you cannot comprehend the gaping void that can never, ever be filled. Someone said the best thing to do it get another dog immediately. I just couldn’t. It would feel like betraying his memory.

As I complete this tribute to the best friend I am ever going to have, it provides little solace to know in my heart that we gave Gio the best life a dog could ever have. Maybe one day we’ll feel ready to try to do the same for another rescue dog. But there will never be another Gio. 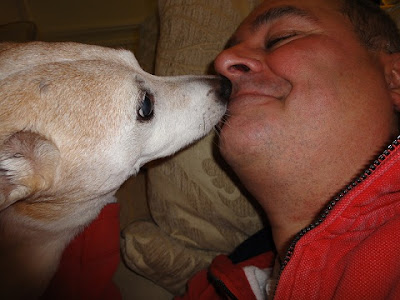