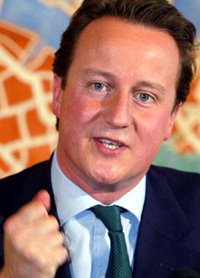 A new MORI poll shows the Conservatives two points ahead of Labour at 40% with the LibDems trailing at 17%, five per cent below their General Election showing. For David Cameron's resurgent Conservatives it's a 7% improvement. You can find full details of the poll together with a commentary on the MORI website HERE. Mike Smithson at PoliticalBetting.com points out that the poll was taken before the Simon Hughes episode and only some of the 2,000 participants will have been interviewed post-Oaten. It's likely therefore that the LibDem support is slightly overstated. Compared to the previous MORI poll 11 days earlier, the Tories are up 1 point, Labour down 1 and the LibDems up 2. David Cameron is rated more favourably than any of his three immediate predecessors two months or so after each had been elected leader. MORI note that Cameron’s 14% plus rating is the same as Blair’s at the same stage of his leadership and say: "Here we see almost identical satisfaction ratings from the public. And in contrast to Conservative leaders post-1997, Tony Blair’s approval ratings rose as the public got to know him and he regularly recorded satisfaction ratings in the high 40s and low 50s in the three years running up to the 1997 General Election."

More popular than Hague,Smith and Howard? Not exactly a high bench mark in all fairness.

If we take ICM ,Labour's lead over the Tories was somewhere between 13% and 19% in the months after Blair's election as leader, at best Cameron is currently level pegging.That's the depth of the Tory hole.

Slightly dodgy comparison in fairness elephunt. At two years in, the Tories were well into traditional mid-term blues and Labour had a fair lead when Blair succeeded Smith. in 1994 The point is that Cameron has received a perceptible bounce which his predecessors didn't. That has to be encouraging for the Tories. If a clear lead has not been opened up in 12-18 months (a good by-election triumph perhaps?) then chickens will come home to roost and the right will get seriously uncomfortable (what's the point shifting to the centre to win power if you don't win power?). But it's an "if" and he's made a fair start.