In Defence of Yasmin Alibhai-Brown 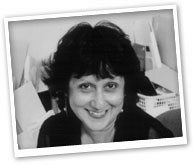 Now, hold on to your hats, but I'm about to say something nice about Yasmin Alibhai-Brown. Yasmin and I are old sparring partners on various radio & TV programmes and I've always been surprised at how different she is in private to her public image. In person she's a delight and extremely funny, yet she is viewed by many - even on the left - as rather bitter and with several chips on both shoulders. Every article she writes can't conclude without some sort of racial overtone. My partner almost comes out in a rash whenever she appears on Question Time. Sending back her MBE was a particular low point in her non existent campaign to ingratiate herself with the great British public. Peter Wilby, in this week's New Statesman has another go at her, asking: "So why does she irritate so much? I offer without further comment the first sentence of her Monday column for the Independent: "Taking a moment out from cooking a feats for friends last Saturday night, I rushed over to speak at the Fabian conference on Britishness"." Poor Yasmin, will she ever recover?! I liked her so much that I signed her up for a book a couple of years ago, which had the glorious title of SOME OF MY BEST FRIENDS ARE... Stephen Pollard seems to have a special dislike of Ms Alibhai-Brown, who he (un)affectionately dubs the 'Yazzmonster'. So cruel. She's actually surprisingly conservative in her social views - in fact, I'm probably more permissive than her. She's very pro family and anti divorce. All I can say is that now I've started doing paper reviews again on News 24 I look forward to the next Saturday night that Yasmin and I are on again together.
Posted by Iain Dale at 11:49 am

I am sorry but I don't read the Guardian, am not interested in her opinions, and once Big Brother is over will probably be asleep. Can't you ask the beeb to do the morning slot?

Your partner is right. Rash-inducing.

(I was intrigued by the book called “Some Of My Best Friends Are… Stephen Pollard” , but then I realised it was two links next to each other.)

Come on Iain. In your defence I suppose she does take her ranting positions on purpose. No one would be interested in her otherwise.

I am a very anti Evening Standard person but one of the best things they did was drop her. It was certianly better for my blood pressure not to have to listen to her anti everything British rants.

Iain you clearly have the patience of a Saint. I laughed when she called herself a "Muslim Intellectual" at the time of the bombings and the Abu Hamza farce at Finsbury Park I could only think that that combination was mutually exclusive! I confess she must have many enemies, but perhaps that how you manage to stay in journalism - you develop a reputation for being the bane of polite society.

Let's examine the sentence more closely: "Taking a moment out from cooking a feats for friends last Saturday night, I rushed over to speak at the Fabian conference on Britishness"."

There is a typo but she clearly says that she was cooking a foetus.

She only gets away with this kind of cannibalism because she is Asian and people think that this is a cultural thing. Once again, one rule for Johnny foreigner and another for rule for the Brits...