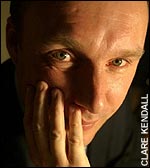 I may be able to help Inspector Knacker solve the strange mystery of Mark Oaten's leaked email. Readers of this blog with a reasonable memory will recall a piece I posted here on Sunday called The Dilemma of Mr Mark Oaten. Here's an extract...

"It culminated in the childish leaking of an emailed private letter to Oaten and Davis from Charles Clarke, where a secretary in the Home Secretary's office had left the Word Tracking on. Oaten's office had spotted this and seen that the Home Secretary had watered down the first draft of the letter. They leaked it to the press. Clarke was made to look a prat and he no doubt had words with his secretary, but did it advance the cause of protecting the country against terror? No it didn't."

Kennedys PA Anna Werrin has already accused someone from Oaten's office, as has that estimable sleuth Guido Fawkes. I too suspect the same person who leaked the Charles Clarke letter to the press leaked Charles Kennedy's email. I happen to know his/her name. I wonder whether s/he will fess up. Talk about double-jeopardy...

UPDATE: Hmmm. Seems though I might have got this completely wrong. Just received this from a Commons 'snout'... "Seems reason for Mark Oaten leak (about having only one supporter) was result of office break in. Stuff taken. Emails from Charles Kennedy supporting him intercepted. Big commons and police investigation."
Posted by Iain Dale at 10:19 am

Why did they only discover the break-in after the Indy story?

The stuff about Oaten only having one supporter was known on the basis that 3 of his nominators said a week ago that their nominations didn't mean anything and the Independent did a ring round yesterday. No Deep Throat required.

This claim about a break-in is so bizarre it might just be true. But why? His campaign was going nowhere a week ago, so what is the motive? It doesn't appear to have revealed anything.

Then again, the whole campaign has been bizarre from the get go. Received wisdom is that a Simon Hughes leadership would be chaotic. But on the basis of the past week, Oaten would be worse.

Oaten drops out... and then there were three.