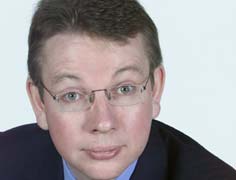 Voting has now closed in the Poll to vote for your most impressive new Tory MP. A record 610 people voted. Michael Gove was way ahead of the rest with 20%, Ed Vaizey came second with 14% and Maria Miller third with 8%. I should explain that you were only allowed to vote for one of 20, rather than all 52 because the polling software will only allow a choice of 20. A Committee of four friends narrowed the choice down.

Michael is so impressive I've had to take him of my 'theyworkforyou' list, I can't handle the volume. Unlike my local MP... I think his link must be broken because I never get anything...

Yay! Spot on as I voted. I wold have voted for E though but figured living in Oxfordshire he may have impressed more just because of local media.

I suppose it would be mean to mention his Portillo biog, still clogging up remainder bookshops to this day....

Mark Harper: Least impressive new tory MP. It's got a ring to it.

Can't really understand why Stewart Jackson was left off and Shailesh Vara put on the list. Vara does sweet FA in my constituency whereas Jackson doesn't seem to stop in his. Saying that, Jackson might just be trying to be seen to be doing a lot....

What were the criteria the panel used to whittle the list down?

In what way could anyone consider Theresa Villiers "impressive"?

Anon: In what way could anyone consider Theresa Villiers "impressive"?

Because she puts forward her positions in a calm and reasonable way. She is very good on the TV and explains Conservative economic policy in vocabulary that is easily understood (an achievement given her barrister/legal academic background).

I think Theresa Villiers is a terrific asset to the Shadow Cabinet.

I think Theresa Villiers is a great asset too. She works damn hard on her brief and really deserves more credit. I wish our party wouldn't fall for the Labour spin which the media happily spat out a few weeks ago. Full marks to someone who was put straight into the Shadow Cabinet after less than a year as an MP.