Willie Whitelaw Would Have Done the Honourable Thing 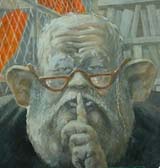 Isn't THIS the sort of thing Home Secretaries used to resign over? What an absolute indictment of the Home Office and its political leaders. This is part of the story just posted on the BBC Website...

Charles Clarke has apologised for the release of more than 1,000 foreign prisoners who should have been deported at the end of their sentence. The number includes three murderers and nine rapists, Home Office figures show. Mr Clarke said he could not say "hand on heart" that they would all be tracked down, "but we are working on that very energetically". Minister Tony McNulty said he was "very, very shocked" by the news but he did not think Mr Clarke should resign. Mr Clarke said the prisoners, who were released between February 1999 and March 2006, should have been considered for deportation or removal. He said the failure was "deeply regrettable" and conceded that people will be angered by the oversight. So far the Immigration and Nationality Directorate (IND) has located 107 of the total, leading to 20 deportations.
Among the offenders, five had been convicted of committing sex offences on children, seven had served time for other sex offences, 57 for violent offences and two for manslaughter. There were also 41 burglars, 20 drug importers, 54 convicted of assault and 27 of indecent assault. The Home Office said it did not have full details of offences committed by more than 100 of the criminals. Mr Clarke said: "This is deeply regrettable... It is clear that the increasing numbers of cases being referred for consideration led to the process falling down." We take it extremely, extremely seriously in every respect," said Mr Clarke. "The concern, possibly anger, that people will feel, I think, is entirely understandable. "But I think it's better to acknowledge and admit it and deal with it in that way. It is a failure of the Home Office and its agencies for which I take responsibility."

Well Charles, accepting responsibility means one thing and one thing only.
Posted by Iain Dale at 3:01 pm

When did Willie Whitelaw ever resign?

You may recall, also, that when the intruder found his way into Her Majesty's bedroom the then Prime Minister would not let WW resign on the grounds that she couldn't do without Willie.

Well, as you say, he at least offered to! But every PM needs a Willie!

it's disgraceful.I can hear the blag coming
'the home office has had it's best year ever'

what i can't understand,is how,with hewitt killing the nhs off with debt,clarke allowing nutters to stay,tony becoming a close acqauintance of yates of the yard,and Brown losing the nhs deficit a year in fuck ups,the tories aren't doing better in the polls.

Iain, do you believe this incident may bring about the long-awaited Cabinet reshuffle?

Iain, you are behind the times. "Accepting
responsibility" has been redefined so that neither the minister nor their staff actually gets sacked.

This kind of Government balls up just plays into the hands of the BNP.

Politicians used to resign "as a matter of honour" but as no one in the present Government could even spell honour, let alone know what it means, there's no chance of that.

Clarke is toast-just a question of how long after May4th