My Night with Cliff Richard (and Lulu!) 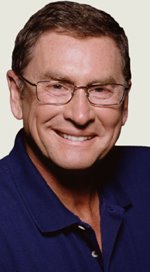 Last night I attended what must surely be one of the parties of the year, if not the decade - Michael Ashcroft's 60th birthday bash. It was a total privilege to be there. However I describe it, I won't be able to do justice to the evening. If I live to be 90 I doubt whether I will ever attend another party that will ever come near it. The Grosvenor House Hotel ballroom area was done out as a tropical paradise, complete with palm trees. Almost the first person I saw was Cliff Richard. Those of you who know me well can imagine my reaction. I'm proud to say I am a total Cliff fan and have more than 100 Cliff CDs. But I was rendered untypically dumbstruck and didn't say anything to him! Go on, mock all you like - water off a duck's back! Cliff performed an impromptu rendition of 'Congratulations' for the birthday boy when the cake was wheeled out, and as he finished Denise van Outen jumped out of the cake and proceeded to perform a 'Marilynesque' version of Happy Birthday To You. I imagine Michael's eyes were popping out of his head. Jasper Carrott compered the whole evening, one highlight of which was an 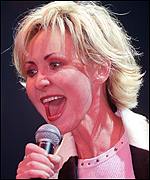 hilarious tour de force by William Hague. We were also treated to John Culshaw from Dead Ringers, Lulu (who I've never really liked, but she was superb!), the Band of the Scots Guards and to round it off Tom Jones performed seven or eight of his hits - not a dry seat in the house. I'm not really a Tom Jones fan, but it was quite something to witness, particularly when Christine Hamilton and half a dozen Tom Jones groupies got on stage with him! And on top of that, the evening raised more than £190,000 for Crimestoppers, a charity which Michael started in 1988. So, as I said at the beginning, a huge privilege to be there. We didn't get home until after 3am, hence the rather late start today! So if you were able to celebrate your 60th birthday by having four famous acts perform at your party, who would it be? I'd have Cliff, Sparks, Roxette and one of the girls from Abba. Well, two would be greedy, wouldn't it?!
Posted by Iain Dale at 12:30 pm

I love your sense of irony. My sympathy is with you entirely. What a ghastly bunch of geriatric has-beens and never will-be's. Faced with the prospect of having to put up with Richard, Lulu, Tom Jones and Britain's unfunniest comedian or consuming your own testicles, it must have been an almost impossible choice. What, and the world's youngest pensioner excited the masses with... congratulations??? All that and the cash for questions couple thrown in. Unbelievable. Please tell me Prisoner FF8282 and wee Johnny Aitken were there too. What a night of sleaze that would have been. The suffering you people endure just to get a safe seat is worthy of untold praise.

Apart from that Bob, it sounds like a pretty good bash.

You're just green with envy, Piper. A night out at a smoky working man's club is more your speed I suppose. Salt of the earth you are.

Sorry to be pedantic, but since they risk their lives for their country, the least you can do is get their title right. You are not an American tourist.

It the Band of the Scots Guards.

Hanging my head in shame. Will now correct.

did lulu get it on with denise van outen? now that would have been worth putting up with cliff richard.

Have read the Pipe's comments-life must be really wonderful in Barclay Road,Smethwick!

Ok so it's a year and half ago but I'm with you Iain. I'd give my eye teeth and more to be in the same room as Sir Cliff.....The man's a top class star and will be celebrating fifty years in the business next year. Now that will be a party you can't miss.