The Break Up of the Union? Don't Make Me Laugh 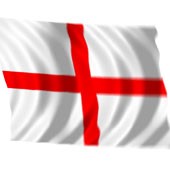 Lord Falconer said yesterday that the creation of an English Parliament would lead to the break up of the Union. Is it not a bit late for that? Surely the creation of a Scottish Parliament did just that? After all, the Scottish Parliament imposes tuition fees on English students studying at Scottish universities, but not on their own students. It's their prerogative to do that, but let's not pretend that measures like this enhance the wellbeing of the Union. The simple truth is that Scots like Falconer are wondering where they would get the £8 billion a year which they get as subsidies from the English taxpayer. The original devolution measures lit the fuse and it's too late for Labour to put it out. There is now a real opportunity for the Conservatives to develop a coherant policy on English devolution. On the face of it, English Votes for English Measures is just that. But when you dig deeper into it, it doesn't quite stand up. I'll return to this subject later.
Posted by Iain Dale at 9:26 am

Let us not forget, all this is for the EU.Falconer should tell us if he would recommend leaving the EU in order to save the UK?

The fact remains, if England doesn't get its own Parliament, then I and many more like me, will campaign for total independence and the complete break up of the union.
I will settle for an EP, but the more Scots the government rolls out to castigate us, the more attractive indpendence is looking.

You are right to say "English votes for English measures" is a disaster waiting too happen. And why isn't it Welsh votes for Welsh measures and Northern Irish votes... etc

And what about the many clauses about extent, etc that are in Westminster Bills? Look at most Bills and they have a clause here or there that refers to Scotland, Wales or Northern Ireland. Would Scottish MPs be excluded from voting still? That is occupation, not democracy.

EV for EM is a prejudice turned into a policy. Of course an English parliament is a more coherent idea - though I have to say I think it would be hugely destabilising to have a parliament that was so powerful yet still subsidiary to Westminster.

That is why English regionalism makes more sense. But the truth is that I don't think English people are all that bothered. Broadly speaking they get the governments they vote for - unlike Scotland throughout the 1980s - and the parliamentary arithmetic makes it difficult to see that changing much.

In truth this is an issue that obsesses people in political parties. The punters don't give a toss. And if you don't believe me run a referendum campaign. My "Labour Vote No" campaign will slaughter you :)

Anonymous claimed that the English get the governments they vote for. They don't. At the last election they voted for the Tories and got a Labour government.

if i marcher wants to change the electoral system that's a different argument. Did the Tories come anywhere near to winning a majority of seats in England? Nope, they missed by miles.

Could we not just repatriate tax levying powers from Scotland back to the UK parliament, as well as creating a monitoring service of all legislation to prohibit Scottish and Welsh MP's voting on English matters?

Labour is happy to have its Celtic fringe parliments and wanted regional assemblies in Labour strong holds to prevent any break in their fiefdoms by the election of a UK Conservative government.

Vicki Woods writes today in the DT that their will never be an English Parliment - whilst quietly informing the reader of the organisations that could bring it about.

That had better be the Conservtaive party, less another vote sapping group like UKIP ( ie EDP ) ensure Labour's majority in Parliment.

The £8 billion is a fair point even if about 6 is North Sea oil. The tuition charges is not. It is something done purely within Scotland & doesnot affect any English students unless they move to Scotland. The alternative would be for English students to be able to choose to go to either English universities, with charges or Scots ones, without. The results would be predictable.

Letter in the Telegraph

An English vote is of less value

Sir - After listening yesterday to Lord Falconer's rationale for devolution, I can see why the Government is so frightened of restricting votes on English laws to English MPs. It realises that, without the support of Scottish- and Welsh-elected MPs, it cannot be sure of pushing through English legislation at Westminster.

Lord Falconer (a Scot to boot) rejects the notion of English votes in Parliament for English laws (the only fair, affordable way forward) on the grounds that it will create two tiers of MPs.

"On the face of it English votes for English Measures is just that, but when you dig deeper, it just doesn't quite stand up"

Don’t come back to it later, Iain, I want to know why not, now!!

One question that I have been asking of late regarding this issue is just what is the Union for that we want to keep it?

If people are referring to areas of common interest like defence, or migration, or foreign affairs then why do we need the present UK state structure? Those things can be set up in a confederal international body.

At teh heart of this problem is the matters of nationhood and statehood.

The UK is undoubtedly a state. Not even the most deluded nationalist of any variety could deny that but I'm sure some will. However it is its projection as a nation that is a cause of problems. By being 'the nation' it downgrades what others believe to be their nation.

There is also the matter that people don't seem to understand the differences. Falconer no less. He freely uses the word nation to describe both the UK and Wales and Scotland who are within that nation. As a lawyer it surprises me as how he thinks they can both be of equal value?

That brings me to the concept of nationhood and it cannot really be disentangled from the concepts of self-government and sovereignty. What with the multinational Empire gone as a comfort zone for nations to exist within (and the Commonwealth a dpale shadow of it) and with the Labour government of the UK determined to make the UK a nation I have come to the conclusion that there must be a new arrangement with sovereign nations agreeing on making it a new looser confederal body.

Otherwise the frustration at tanks on the lawn and interference will just grow and become poisonous below the surface.