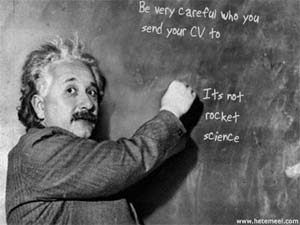 The Liberal Democrats have tried to paint themselves as whiter than white over the recent political funding saga. But some of us remember how they were slapped over the knuckles by the Electoral Commission for the way they handled the £2 million donation from the bizarre character Michael Brown. It's interesting to note that Charles Kennedy's former Head of Office, the redoubtable Anna Werrin, is making great play of her political fundraising skills in the CV she is circulating to would-be employers, now that Kennedy no longer has a job for her.

Among the many skills she displays is "playing a leading role in the fundraising activities of the Party". And it seems she played a very leading role indeed. She goes on to boast that one of her key functions was "representing the Leader at all fundraising functions and acting as the link with key donors (e,g, personal responsibility for “pitching” at major donors and securing donations to the Party of £3,000,000 plus in the last five years)". Quite a boast.

Now I have never worked in a Leader's Office, but if I had, and I was Head of the Office, I'd make damned sure I steered clear of "pitching", as she puts it, to major donors. Surely that is not the job of an apparatchik, let alone the apparatchik who was regarded by everyone as Charles Kennedy's representative on earth. But more to the point, what a stupid thing to put on your CV at the moment.

Another key skill Ms Werrin is keen for a future employer to be aware of is "managing the Leader’s relationship with key party management committees to include assisting with the election of individuals to key posts". Now what on earth can she mean by that? Particularly the last bit.

We should not forget, however, that Charles Kennedy thought extremely highly of Ms Werrin. In his resignation statement he thanked friends and colleagues, saying: "They are far too numerous to mention individually, save one - and that person is Anna Werrin. A finer friend and colleague you could not wish for - throughout my first 23 years in politics! High praise indeed.
Posted by Iain Dale at 8:06 pm

One of your weirder posts Iain. Of course senior people directly appeal to supporters for donations. You know that happens in all parties and all large organisations such as charities and arts organisations - and so it should. Giving a large financial gift is a major thing - you don't leave it to minor people and you know it.

As to "election of people to key posts" you may not be aware that the Lib Dems are a democratic party - it is jam packed full of elected policy groups with significant power (too many in my view) and that is plainly what she was referring to.

Perhaps you should sort out your own party before you smear people in your typical unpleasant manner? How is Lord Black now by the way? And is Lord Archer well?

I thought about deleting the above anonymous comment, purely because the person doesn't have the guts to say who they are. So let's go through it. Para 1. Of course senior people do that, but not someone who is Head of the Leader's office. It's done by the Treasurer - at least it is in the Tory Party. Para 2. Her implication was that it was her job to fix the elections to ensure Kennedy's placement got the jobs. Happy to be proved wrong on that, but that's how it reads to me. Para 3. I'm not smearing her at all. She does that very well in her own words. She wrote them. I am sure she can defend them. Your comment about Black and Archer is bizarre. Let me hit back with Michael brown. You'll regret the day your Party ever laid eyes on that man. Mark my words. Maybe you do already. Tell me.

If you ask me it looks like the usual sort of embellishment - not embellishment, just self-promotion - that goes on in CVs. I'm sure my CEO's "executive assistant" probably could describe some of what she does as "pitching" to major prospects, even though I doubt she would ever be the first, last or most important person in the organisation to approach that prospect. But she would certainly be the key link between the CEO and particular donors that once introduced even the fundraisers would not be allowed to deal with independently.

I'm not really following your criticism of the second point about elections. Again, my CEO's EA would I am sure be a key contact in dealing with especially external people whom he might like to see on governing bodies and the like.

Maybe I have too high an opinion of her role.

As to the last, I agree. And was actually quite shocked when they announced the donation. And the kerfuffle afterwards smacked of an organisation simply not used to having to deal with that type or size of donor - a cock-up rather than a conspiracy to get round rules such as we have seen in spades elsewhere in recent weeks.

But I agree with the anonymous person - it's rather more the style of "Yellow Peril" than Iain Dale. And needlessly personal I'd say about someone like Anna.

So you wouldn't be likely to short list her if you were recruiting for someone of that type, but I'm sure she'll lose little sleep over that. Of course she might get more offers having been flagged up in your blog - so good luck to her.

I see far too many CVs of good people unwilling to make something of things they might consider trifling parts of their job but could be significant assets to another employer. And an awful lot of people who make out that chair of the local darts club amounts to qualification to run a major enterprise.

There were a number of us who were uncomfortable with the donation from Michael Brown, but I believe that your suggestion that the Electoral Commission rapped the party over the knuckles on this issue is untrue. In fact as I understand it they have agreed that on the basis of the available information everything is legal and above board with this donation.

Peter, I am sure they were unhappy with how it was handled and there were lots of articles in The Times about it. They hadn't checked where his company was located, I think. Apparently it was based in Switzerland and not at the address he gave. Something like that anyway. I would look it up but it's late!

for a moment Iain I thought I was on Guido's blog.Nothing like a change to shake em up and keep em lively.

As for Anon 9.09.Pullease!It's called freedom of speech but like the parties of the left these days,it's a feature of your philosophy that extends only so far.

At the moment they're scurrying round trying to pin sleaze on us as it's the only tactic they have left.