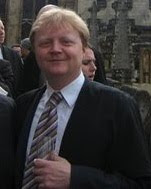 Downing Street is bracing itself for a very unpleasant Saturday night, as it awaits the revelations from Andrew Rawnsley's new book, which is being serialised in The Observer. There has already been speculation about the contents of the book and in particular allegations of physical violence by the Prime Minister against a secretary and another official.

One of the incidents which may or may not appear in the Rawnsley book concerns an allegation that Gordon Brown was so incensed at the media coverage of the so-called "snub" of the Prime Minister by President Obama while on a visit to the UN in New York last year, that he bawled out his senior political adviser, the mild-mannered Stewart Wood.

Brown was furious that his spin doctors had "allowed" the story to get legs. Sitting naked in his hotel room he allegedly screamed at Wood: "You're a c***", and proceeded to abuse another member of staff, calling him an "even bigger c***".

Stewart Wood is no junior official. He works in the Prime Minister's policy unit, covering international affairs. Widely respected, but diminutive, he is said to have been the butt of Brown's rage on more than one occasion.

Number Ten will no doubt vehemently deny any of these incidents took place, but aren't we getting to the point where there are too many incidents out in the public domain for them all to be coincidences?

Perhaps we should get Piers Morgan to put these allegations to the Prime Minister. On second thoughts...
Posted by Iain Dale at 5:57 pm

However bad the mistake, calling a member of his staff a conservative is simply inexcusable.

The thing is Brown just seems to be a thoroughly nasty individual. There's too many stories like this from labourites for them to be untrue in some respect.

Whether he did or not, you just get get a gut feeling he would do something like this. its in his nature, i think personally.

"Brown was furious that his spin doctors had "allowed" the story to get legs. Sitting naked in his hotel room..."

Now that is just a thing of beauty!

What's extraordinary about all these revelations is that one of the things Labour has been most succesful at has been introducing legislation to make life at the workplace more pleasant for staff. So maternity and paternity leave has been encouraged, and any form of harrassment (sexual, racist, disablist etc) at work has been legislated against. I'm sure the vast majority of people thing these are good things and have made life more pleasant for everyone.

And yet, and yet, everything we hear about from the No 10 work place is like some parody of the worst excesses of a 1970s shop floor.

If any manager in the private sector, and especially the public sector, called a subordinate a ****, they would certainly be reprimanded, probably given an official warning and even possibly dismissed. How can Brown, as PM, get away with this appalling behaviour ?

Nokia must be running short of handsets with the amount of revelations in the press.

"Sitting Naked" Ughhhh. You could have spared us that part Iain.

I only scanned this post briefly before. Why oh why did I have come back and notice the 'sitting naked in his hotel room' bit. What an image to have in your head before bedtime.

Apparently Brown did not say anything of the sort - his laptop was hacked.

(Honestly, this was the WV: Holedol)

Hey, come now. Piers was harsh enough on Sunday. As he said, he didn't "dish out sweets" to Brown.

I wish you had left out the 'naked on a bed' bit ... I am feeling quite sick.

Wow, Gordon Brown swears. Still gives him more in common to the average person than Cameron. With Cameron he probably just gives useless staff members a tap on the wrist..... fully clothed.

Wow, Gordon Brown swears. Still gives him more in common to the average person than Cameron. With Cameron he probably just gives useless staff members a tap on the wrist..... fully clothed.

Iain, you say that this allegation "may or may not appear" in Rawnsley's book. Eh??

If you know for a fact that this allegation does appear in the book, then it's presumably passed Rawnsley's fairly high journalistic tests of accuracy, so it seems fair enough for you to report it in advance.

If, however, it doesn't appear - which you seem to think is a possibility - then it presumably didn't pass Rawnsley's tests and he didn't think it was true.

In which case, haven't you just published a fairly serious, probably inaccurate smear about Gordon Brown and one of his advisers?

You imply that's fair enough because there are so many of these incidents in the public domain that it can't be a coincidence, but does that really excuse you putting into the public domain one such 'incident' which you admit may not be true, and which "may not" even be in Rawnsley's book?

If he's stupid enough to work for Brown then he deserves all he gets. In future could you resist telling us about a naked Gordon Brown? I'm going to have nightmares for weeks.

Well it does prove Gordon is Human- just not a very nice one.

Brown is so naughty - allegedly using the c-word.

Cameron would never use the c-word - it's a well-known fact that he never swears, not even when his staff cock up badly.

No. This is a polite, well-brought up man. Always says his pleases and thankyous. Never speaks badly of anyone and has never been known to lose his temper, no matter what Anne McElvoy might say in today's Standard about using "many non-family phrases" to the staff responsible for the 54% teenage pregnancy mess up.

We should not vote for people who swear. They are the lowest of the low.

Aaaaaarrrrgghh! Now I shall have to go on a huge binge drinking sessions to get that image out of my head!

Good gag.
And I write as one who won't be voting Labour any time in the near future (God that sounds pompous).

Naked ? It doesn't make sense. He must know he is no pin-up - so why call aides in, and sit there with your (in his case presumably) very droopy bits drooping badly and bawl somebody out (in both senses).
I do believe Brown is bonkers however surely nobody summons people for a dressing down whilst undressed.
Actually it has just occurred to me that Brown is notoriously clumsy with personal interaction. As he was naked and screaming at someone that they were a "c---" - perhaps he was making a pass ?

Just picture this, Gordon and Sarah Brown, together, naked on the bed.

But of COURSE Brown is naked. The Emperor doesnt know he hasnt any clothes on, because his minions tell him he is clad in the finest raiment. Simples!

I do not know what is the worst aspect of this story, the words,allegedly,used by our Prime Minister or the fact that was, allegedly, naked!

Perhaps he was doing an Ashley and sending photographs to someone?

According to the Eye this week, most of the trailed reveals of Rawnsley's book are wrong but the actual diaries contain amazing new evidence of Brown's lack of control and general idiocy, so we must wait and see!

Chris Mullin's diaries which I'm now more than half-way through continue to be a revelation. One of the more surprising things is that he says Brown briefed against PFI, which he himself introduced! Once it was clear that PFI had been a huge mistake he tried to make out that it was all down to Blair.

We are still to hear from the Tories on what they intend to do about the vast £250 billion commitment taxpayers have made to the banks to "reward" them for all their hard "efforts" in loaning money to the heavily stitched-up-in-their-favour PFI schemes. At the moment, our children and our children's children will be paying through the nose for something that could have been done for about a tenth of the price by normal means. All so that Brown could argue he was cutting the deficit.

He's a technocratic bully. Far more suited to Soviet or China style politics where connection with the electorate has no baring...

The stories of Gordon's private behaviour are increasingly reminiscent of Robert Maxwell. He was fond of raiding pension funds too.

With this in mind, can we all chip in to buy Gordon a boat? We don't need anything as luxurious as a yacht. A rubber dinghy would be fine. Just a sufficient waterborne platform for a fat dishonest bully to fall from.

Isn't Dave now known as "sweary Dave" to his staff?

All very horrible - was there a rocking horse in the room with him at all? Just asking...

"He's a technocratic bully. Far more suited to Soviet or China style politics where connection with the electorate has no baring..."

Was that a deliberate spelling mistake guythemac? If so, well done!!

Such abuses of that most estimable organ seem to have become as common among politicals as they were at Newhaven Docks in the late '60s:

Makes me wonder if they are disappointed in some way.

inter alia I remain mystified as to why the Dully Tele Blogs twice deleted my reference to the clitoris (in context quite reasonable).

True it was in response to the objections of a self declared RC.

The sitting naked thing doesn't surprise me - Churchill used to frame policy while in the bath with a cigar and a large brandy, so Brown was probably aping this behaviour.

Directly calling someone a c***, however, is crude and ignorant - I always preferred to state "If I'd wanted to work with c***s, I'd have trained as a gynaecologist." - the same meaning, but leavened with a little humour.

Gordon Brown in the nude.

What a disturbing mental image...

Two things emerge from this if true:

1 Brown is obviously incaable of doing the thinking necessary to get us out of the mess we are in. Thinking requires a good vocabulary and Brown is clearly demonstrating that he does not possess a sufficirent vocblulary for the work in hand, and

2 Brown is not the person to restore the British economy. No one person will be able to clear up this mess by themselves. Whoever sets out to clean the Augean Stables that Brown has made of the Britis economy, they will need to engage the help of others and this requires certain social and interpersonal skills which are obviously absent in one who swears at aides while naked in their hotel room.