New Poll: Who Should be Tory London Mayoral Candidate? 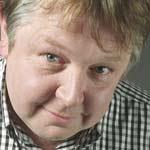 This week David Cameron announced that the Conservative candidate to fight Ken Livingstone for the London mayoralty would be chosen by an open primary. A brave move by any standard. But will it be a wise one? The bigger the risk the bigger the reward. As a Yorkshire friend of mine would say, you don't get 'owt if you don't risk 'owt. My hope is that CCHQ have a star name lined up already because I think we will need someone who is very well known already. I don't know him, but I suspect that Nick Ferrari would walk it, if he stood. He's doing a series of 'An Evening With...' shows at the moment and they're selling out. Thousands are attending. Would he do it? Stranger things have happened. Anyway, get voting the new poll featured down the left hand column.
Posted by Iain Dale at 8:31 pm

I doubt Ferrari will be running.

He's been joking about it on his LBC show & says he couldn't take the pay cut and would only be in it for the pension anyway.

Worth noting that he has Ken Livingstone on as a guest quite regularly.

You clearly haven't absorbed the primary purpose of the A-list - more women.

It's a discussion we're having in the CofE as well. I've asked Rowan to draw up an A-list of women to enforce their selection to bishoprics...

The Pope is not best pleased.

But that's okay by me.

Who want's to lose to Ken? Will the next contestant step this way... (as Michael Miles used to say- ask your mom if you don't understand).

There is only one person who can win againt Red Ken .. thats Lord Coe ...

I still think Shagger Norris would be a terrific mayor. Anyone, almost, rather than Portillo.....

I've never heard of the Ferrari guy and several of the others on your list. Are they all disc jockeys? I only ever listen to Radio 4 in the morning and switch off as Woman's Hour approaches. (Jenni Murray is even worse than pop music). I digress...
Justme suggests Seb Coe, but he's tied up with the Olympics in London. A good Olympics and he's a shoe-in afterwards.
Two others spring to mind:
Simon Jenkins is made for the job. A bit PC, or was. (I remember being angry at one of his columns in The London Evening Standard in the 1970s, when he suggested after a Notting Hill Carnival, which turned out to be an orgy of mugging and purse-snatching, it's the victims who were at fault for not taking precautions and not tempting these vulnerable, er, knifemen.
But I forgive him. He's written intelligently about London and is definitely a "small government" man.
Who else? Step forward Ray Mallon, Robocop and present Mayor of Middlesborough. Yeah, maybe we need a tough, no nonsense provincial to clean out the Augean Stables of the Wicked City. Seriously, bring big Ray down and give hime control of the Met. Commisioner Blair's feet wouldn't touch the ground.
I don't know what else a mayor does, but if Mallon could reduce crime, as far as I'm concerned, he's got the gig.

It's got to be Steve Norris. He has the name ID, the charisma, the executive experience and the mix of enterprising economics and social tolerance that is just right for London.

Fatty Ferrari - a walking, talking contradiction in terms! Might appeal to the (minor) old school tie brigade but he's hardly housewife's choice is he?

'Daz' might have given the game away when he talked up the chances of an 'able' (Anyone But LivingstonE)candidate. This must mean someone with no obvious connection to the Tories.

bebopper- There is no hope of reducing crime in London because the Labour Party does not will it. Intimidation of the citizens and illegal immigrants and "asylum seekers" is the name of the game.

Don't people have to be citizens to vote in Britain? They do in every other country in the world.

Aren't you ignoring a rather obvious candidate, you know, that chap who the Standard recently named as the one of the most influential in London and all that...;-)

I presume Bob Piper knows a bit more about politics in the Midlands than he does in London.

Livingstone is no longer the cuddlyKen figure but is widely seen for what he is, a megolamaniacal loose cannon - he might win the mayoralty again based on a set of rubbish opposing candidates but a credible alternative will romp home, pity about Seb Coe.

As the mayor's top job over the next few years is getting ready for the Olympics perhaps he could combine the two jobs.

(Livingstone) "is widely seen for what he is, a megolamaniacal loose cannon" ...."he might win the mayoralty again."

Put your house on it. Although I do know more about politics than I do about London, but that doesn't stop the souther softies giving me the benefit of their extensive (lack of) knowledge about the Midlands, so I probably appear the same to them. but if I were a betting man I would starty gathering in your bets now. Give us Nobber!! (but not Portillo - too bright, too popular).

How about the GLA Tory leader, Bob "Three Jobs" Neill?

Richard Balfe - the London Labour MEP who joinned the Conservatives in 2001?

Hm, I think Ken Clarke would be a great Mayor - and it'd keep him well away from Europe!

I say Bernard Manning,
He likes Jews, wouldn't get on a bus if his life depended upon it, would sort out all these foreigners we have in London and could round off every mayoral press conference with a few Paki gags and a song, something for everyone.
If Bernards busy how about Jim Davidson?

Whoever it is they are going to need to be pretty well known already and preferably not as a party hack. Nick Ferrari is in fact a pretty good idea!

You can vote in local elections in these parts if you are an EU, Commonwealth or Hibernian national. The latter two also get to vote in national elections. I know Eire is in in the EU but they have never lost voting rights in the UK.

FWIW, I would favour extending voting rights to any country which extends us the same courtesy.

Ferrari would be an inspired choice - but does he really want to do it?

Norris. He was in cars. Has the profile and the patter to take on Ken. His past(Jarvis, ladies etc)is less of an issue now.

Croydonian - Then how is it that all these Pakistanis are sending in great wadges of postal votes?

Anonymousette - well, perhaps a modification whereby only citizens of established democracies get reciprocal rights. And heaven knows what percentage of the voting population here really understand the issues.....

Meanwhile, we have the current nonsense whereby my mother (resident in France) can vote in national elections here, but not in France, with the reverse applying to the Gauls etc I know living here. No taxation without representation, anyone?

Giuliani or Jeb Bush would be mymy preferred choices.

More realistically, then please anyone but Norris and his quarter-hearted attempts to campaign.

How about Zac Goldsmith for mayor? Tories will vote Tory anyway but Zac will get Lib-Dem, Green and some of the Labour vote too.

There is another Conservative who could - would - win against Livingstone: Boris Johnson has the personality & fame that is needed. he's too accident prone to go far in the Commons. He should be persuaded to give up his seat (creating a nice by-election for Iain Dale & others to consider).

I do not know how he managed it but Ken has turned the post into one of celebrity. Unless we have a celebrity we have no hope!

Seb seems out so id there anyone on the "A" list we should be considering?

"How about Zac Goldsmith for mayor? Tories will vote Tory anyway but Zac will get Lib-Dem, Green and some of the Labour vote too."

What is it about this race that causes people to leave their brains at home (including Conservative Central Office)?

Livingstone would eat him alive. He has never run for any kind of public office before in his life. He has no experience of managing the budgets, staff, contractual arrangements and government agencies that is the job of the Mayor. Voters have to see that a candidate is credible as a Mayor.

Ditto for Ferrari, and some of the others who also have zero campaigns and Mayoral-type management experience. Wake up!

Ferrari appeals to a huge audience with common sense views and a "what is this country coming to?" attitude. I can see why he would ring a bell with voters, and I think he would stand a very good chance.

However, I doubt he'll go for it. He gets paid more for sitting in a radio studio moaning instead! ;o)