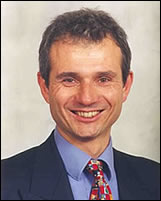 Yesterday there was a two and a half hour Committee debate on the Northern Ireland Education order. I can hear you yawning already, but stick with it. That's an order! At the end of the debate, thirteen Labour MPs plus Lembit Opik and the SDLP voted for the Education Order to prohibit academic selection in Northern Ireland. The Conservatives, DUP and UUP voted against. Kate Hoey, though not selected by her Party's whips as a Committee member, attended and spoke against the Order. Frank Field, originally named as a Committee member, was replaced at short notice after telling his whips that he would not support the Government.

Of the 13 Labour Members, 10 had voted on 24 May (Hansard volume 446, number 157, cols. 1575-1579) against a Labour backbench amendment to the Education and Inspections Bill to end all academic selection in English schools. Hypocrisy rules, eh?

Shadow Northern Ireland Secretary David Lidington then invited all ten to intervene to explain the justification for their double standards or to admit that on 24 May that had not realised what they were voting for. Do you know what? None of the blighters accepted his invitation. Nothing like a bit of courage under fire, is there?
Posted by Iain Dale at 10:00 am

Yes it is amazing that 1922-1972 Northern Ireland had Home Rule and now Blair uses the opportunity of direct rule to implement a Sinn Fein policy sponsored by Butcher-Boy McGuinness as "Education Minister" to abolish selective education.

It certainly shows the contempt Labour has for Northen Ireland politics and that Comprehensive Schools have always been imposed from above and never voted into being by the public.

Yes but then people in Britain, including many Tories, were happy to vote for the Good Friday Agreement. Selection was doomed after this. Yesterday was inevitable. Sinn Fein/IRA were always clear that this would have to go, and Labour had obviously given them their word.

I had family there, who all voted against it of course. Oh well they will just have to pay for decent schools now. Bit of a shame for those who can't afford it. Ha social mobility(!).

I think it was Kate Hoey who suggested in her speech that the Government was doing this to blackmail the Northern Ireland parties in to sorting out power sharing pronto. A sort of, 'unless you get a grip and get the assembly back toether again we're going to fuck everything up'. It may work.

Well done Iain.
I have written a letter to the Echo about the voting record of Alan Whitehead Esq., my local MP following your article.
Well done! A great bit of research!Did you spend all your time with Anne reading Hansard in the end?!!!

Thank's Iain. I will write a letter to my local paper regarding Mark Todd.

More hypocrisy ... At last some sense from this Government on education. The announcement by the Minister for Higher Education, Bill Rammell MP, that the Government is considering changing the rules so that in future youngsters will apply to universities after “A” level results are announced is welcome.

Currently, students have to apply to universities before they know the results of their “A” level exams.

The Minster declared that the current system for university placed was unfair because applications were being taken by students based on “predicted results” which often prove inaccurate.

This smacks of the worst kind of hypocrisy because this is the same Labour Government that has imposed on Kent a policy which forces parents of primary school age children to choose their secondary school before knowing the outcome of the 11 Plus.

The result of this policy is that many parents have been frightened off from letting their children take the 11 Plus, despite their children doing well in mock exams, because they fear that if they fail they will not be able to get those children into their second choice school.

If second guessing results is unfair for one age group, surely it is unfair for an even younger age group? The Government must now extend this policy and let parents choose the secondary school for their children after the 11 Plus results are known.