Chairman of Standards Committee Forced to Stand Down 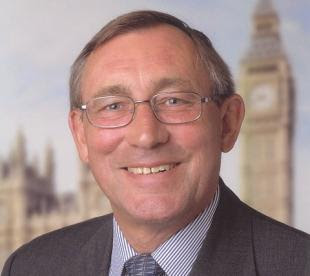 When will it end? The Telegraph has the story tonight of Conservative MP David Curry, the new chairman of the Parliamentary Standards Committee (no, really), has been accused of claiming £30,000 of taxpayers' money to pay for a house he hasn't set foot in for four years, after being banned by his ex wife. The Telegraph says...

The Conservative MP is accused of having an affair with a headmistress in his Yorkshire constituency and using a taxpayer-funded cottage to meet his lover.

A Telegraph investigation has learned that four years ago, after discovering the affair, Mr Curry’s French wife Anne demanded that he does not stay at the Yorkshire property as a condition of the couple’s reconciliation.

However, the former Conservative minister has continued claiming thousands of pounds a year for the house – which he could expect to sell for a substantial profit after leaving Parliament.

After the Telegraph approached Mr Curry with the allegations, he announced that he was referring himself to the Parliamentary Commissioner. He said he would stand down from the Standards committee during the investigation, which is expected to take several months.

The Committee has been criticised recently for taking a sympathetic position towards MPs accused of misconduct. It has been questioned for failing to adequately punish MPs including Jacqui Smith and Tony McNulty who were criticised for expense claims running into tens of thousands of pounds.

Mr Curry’s questionable claims followed the temporary break-up of his marriage in 2004. He had been using the Yorkshire cottage as the base for seeing his lover, a local headmistress called Cherry Edwards.

However, the Telegraph has established that following a reconciliation with his wife the following year, Mr Curry was ordered by her to leave the cottage largely unused because of its association with the affair.

Later that year – after moving back into the family home in Essex – he designated the Yorkshire property as his second home to the parliamentary authorities, since when he has claimed a total of £28,078.

Quite astonishing behaviour. It's even more astonishing that Mr Curry took on the role of chairman of the Standards Committee in the first place. Did no alarm bell ring, even at the back of his head?

It is just as well he has already announced he will be standing down from Parliament at the next election. I could say a lot more, but I think I'll leave it there. For the moment.

I thought Curry would have had to declare his interests, and be checked out before taking up his position!

Cautionary tales for the opposition (Another Hot Tory Curry)!

So when's the whip going to be withdrawn; when is he paying the money back and when is the prosecution going to be made?

No, sadly, absolutely routine and expected behaviour from a member of the Den of 646 Thieves.

To think that you had ambitions to join this filthy gang. You were lucky to fail.

Frankly I feel sorry for the guy.

Let us see what Cameron does with this arrogant EU slave!

What an utter swine.

Any thoughts on the usefulness of a chap in his position having a big juicy skeleton in his closet? If anyone knew about this, they could get out of all sorts of trouble, in the short term...

Looking at Phil Woolas on Question Time brings to mind Nixon struggling against Kennedy on their face to face TV debates. Woolas is a deeply unattractive little man with a permanent scowl and Nixon's 4 o'clock shadow.
He may make the occasional decent point, but he'll never be taken seriously. Sad, but there you are.

I thought there was a rule: all the best Tory scandals had to involve sex (as most recently, la Truss); and all the best Labour ones money. Presumably, that leaves LibDems with dogs, and ScotNats with sporrans.

So along comes Curry and manages to cross an essential party discriminator. Tut, tut! Unforgivable!

The term "Westminster Crime Wave" has a nice ring to it.

I guess being Chairman of Parliamentary Standards was a good place to ensure there was no tightening up of standards.

Conway's another 'phile. The most outrageous stealers of money seem to be of the europhile variety.

They are no doubt envious of MEPs, who can steal at ten times the rate of MPs.

Blair is about to become President of Europe with Cherie Antoinette at his side. What's the lesson here? (His expenses records are shredded).

It's just par for the course in the Westminster midden.

“It is high time for me to put an end to your sitting in this place, which you have dishonoured by your contempt of all virtue, and defiled by your practice of every vice; ye are a factious crew, and enemies to all good government; ye are a pack of mercenary wretches, and would like Esau sell your country for a mess of pottage, and like Judas betray your God for a few pieces of money.” Oliver Cromwell.
Seems nothing changes. Chairman of Standards Committee? Who then guards the guards? Rotten to the core, rotten.

Gives a whole new meaning to "upstanding member of Parliament"

@Malcolm Redfellow
There's a mistress involved, so he's not letting the side down. Indeed, she's a headmistress-mistress. That counts double or something.

Trial by Telegraph and loads of people ready to condemn without knowing all the facts. What happened to the presumption of innocence, or has Gordon's Gang got rid of that freedom as well?

I've no time for the troughers, but the mob mentality is rather more worrying.

'Astonishing behaviour'...if it is true. Sounds like people have already made their minds up on the basis of a newspaper report.

What next? The Deputy Leader and Party Chair of the Labour Party, Lord Privy Seal, Leader of the House of Commons and Minister for Women and Equality faces prosecution?

Oh, and casually, with all the arrogance of the completely untouchable, lying about the facts of the case.

I'm with Old Holborn on this one.

It's about time we strung up a few. If not all.

I'd like to see a movement to vote against any sitting MP that stands for re-election, whichever party they are from.

They should all go.

"When all the people who've committed fraud have been prosecuted" answers I.

The most amusing thing is all the rats deserting the sinking trough thinking they'll be fine once they're out of the spotlight.

Au contraire, mes amis. You'll discover that the laws you've been gleefully ignoring are going to start applying to you. And that justice has a long memory and a lot of patience.

Curry's is an interesting case. His constituency party tried to deselect him a few years ago. And as Skipton and Ripon is a very rural constituency they were painted in the MSM as thick eurosceptic sheepshaggers.
Maybe they knew more than the London luvvies gave them credit for, especially as he never seems to have moved from Essex.

That aside, not much real dissent here, is there? Except over which lamp-post is most convenient.

Well, it would be nice to think that all Europhiles are greedy, over-sexed, gluttons, and all 'phobes are slim-line, puritanical, and keep their flies zippered. Except it doesn't work that way. And then there's the egregious Farage: two million of Euro-takeaway, and still trousering (though not to any positive effect in the Irish referendum): surely he disproves the moral squeakiness of Europhobia? Though, in view of his rent-a-quote today, I fully accept his qualification to pronounce on fellow "political pygmies".

If he has done this as alleged, I wonder whether expenses investigations conducted under his chairmanship shouldn't be reopened. He obviously had a conflict of interest and shouldn't have taken part.

Cameron should pull the whip now

Technical point or two. As Chairman (admittedly appointed, not elected) he is the servant of the Committee, not its master. Thus the Committee remains responsible for its decisions whilst he merely articulates them.

In some ways it's rather like attempting to prosecute The Speaker for the misdeeds of MPs. Mind you, I'd like to have seen that happen - it might have brought some focus to bear on these nefarious activities rather earlier.

AS someone who's had the misfortune to be associated with the 'Mistress'. I would be questioning his judgement on any mater!

'Sometimes I wonder why they dream . . '