Tony McNulty is Being Watched 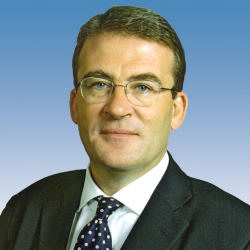 As soon as I heard of Tony McNulty's sideways move I thought to myself that he'd have been better off resigning. So I was interested to note a grim presence in Westminster Hall yesterday. Patrick McLoughlin had a one and a half hour debate on policing in Derbyshire and McNulty was making his first appearance as Police Minister. But there, sitting in the public gallery through the whole 90 minutes was the senior Labour whip Tommy McAvoy, glowering over proceedings like the ghost of Christmas past. It was as if Sir Alex Ferguson had punished a youth team player for missing training one day and decided to sit in the stands at the next youth team game. What can it all mean?
Posted by Iain Dale at 9:13 am

There is a whip at every WH debate. And I doubt he sat in the public gallery. Over excited again Iain?

You're right anon, but as the old saying goes: "Just because you're paranoid doesn't mean they're not out to get you."

Anon, yes of course a whip attends these but not a whip of McAvoy's seniority. However I am told that McAvoy was indeed in the public gallery. I took this to mean he was there in addition to the normal junior whip, but I shall not go and check that.

Anonymous, I think an apology is in order. McAvoy definitely sat in the public gallery, and while there is a whip at every Westminster HAll debate they normally only stay to get it going and leave once it's underway. McAvoy stayed for the whole debate.

You'll be a long time waiting for that apology!

Tony did look rather burdened throughout...bless him. Tom Levitt's defence of govt seemed a little more robust than Macca's. How many more fronts can HO fight on?

13 and a half hours by my watch. Are you Sir Menzies Campbell?!