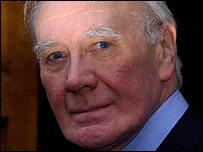 Credit where credit is due. Ming Campbell today reversed his Party's position on giving prisoners the right to vote. But in case anyone is under the illusion that this single act of political opportunism common sense will demonstrate that the LimpLibDems have suddenly become the Party of Law and Order, they should study the LibDem constitution. Sadly Ming doesn't have the power to reverse this policy - only the Party Conference does (Article 5.8 says '…all Federal policy papers and motions approved by the Federal Conference shall…become the policy of the Federal Policy'). And having been to several LibDem Conferences (in a purely professional capacity, I hasten to add) I can assure you that the sandal wearers will prevail on this one. But just in case they don't, you might like to be reminded of some other LibDem tough law and order policies... (reaching for the CCHQ Campaign Guide...)

The Lib Dems would scrap mandatory life sentences for murder and for a second serious sexual or violent crime. Lib Dems voted against the legislation introducing anti-social behaviour orders (ASBOs) and dispersal orders. They would send offenders on go-karting trips because it would ‘disincentivise’ crime (Mark Oaten, Q&A session at Lib Dem Conference, Bournemouth, 22 September 2004). Repeat offenders should not go to prison, but remain in the community ‘by imposing a curfew requirement or tagging them’ (Lib Dem Press Release, Liberal Democrat proposals for tough community sentences, 17 November 2003). Simon Hughes has said ‘I am clear…as Liberal Democrats have always been clear, that there should never be mandatory sentences. We have argued against such sentences for murder and in respect of lesser crimes...I think they are wrong in all circumstances’ (Hansard, 13 January 2003, Cols. 433 and 437).

And believe me, there's a lot more where that came from.
Posted by Iain Dale at 2:24 pm

The whole point of a representative democracy is that you should elect people with much better than average political judgement.

A quick read of Conservative Home reveals that many of our members shouldn't be trusted to use a pair of scissors.

I'm puzzled by this. The LibDems merely predicted the decision of the EU Court of Human Rights. Their change of mind is now irrelevant, because the judgment of this court is that prisoners must not have their democratic rights infringed.

It is now a matter of Labour and the Tories accepting this judgment, not the LibDems backtracking.

I've always thought the "ending mandatory life sentences for murder" was an entirely reasonable step to take - surely the presumption would be that most murder convictions would still get a life sentence, but in exceptional cases there may be grounds to consider a more lenient sentence.

Are we really suggesting that the crimes of someone who was guilty of a Dunblane style massacre are the same as a loving husband or wife who ends the misery of a terminally-ill partner?

Ending a mandatory life sentence would allow a more sensible sentencing policy. Unfortunately it is far more easy for politicians to play to the tabloid gallery with cheap populist policies. One of the things the Lib Dems deserve credit for is that they refuse to take this line even when it means espousing "unpopular" policies.


Blimey, and this from a Lib Dem. Shouldn't you be starting scare stories about a hospital closing in Eric Forth's former constituency by now?

Iain's right on this one.The Lib Dems know which way the wind is blowing and they are trying to get rid of all baggage before 2009.All those seats they gained from the Tories are looking very shaky right now.

Tom, I told you not to say that in public!

What's the point of having a liberal party if they won't even back votes for lifers.

I mean it would be like saying that Labour promotes capitalism and supports the US Republicans or that the Tories might raise taxes and scrap selective grammer schools.

Cranmer is right. The full Court of the ECJ has determined the votes for prisoners issue, so the Lib Dem "U" turn is a bit curious, even leaving aside the fact that their Leader cannot change conference approved policy "on the hoof".
As regards elephunt's comment that the Lib Dems "Tory" seats are looking shaky, it is not just a matter of ditching dodgy policies - a donation of £2.4 million might come in handy right now, too.

Unfortunately you are wrong on one point at least. ASBOs were introduced in the 1998 Crime and Disorder Act. The Liberal Democrats voted in favour. The Anti Social Behaviour Act of 2003 introduced dispersal orders. We voted against those. Never trust a CCHQ briefing.

The Lib Dems u-turn doesn't surprise me in the least. Nothing is more Liberal Democrat than the limp hand-wringing "We really don't want to give prisoners the vote but Europe says we have to." Anything that enables them to face both ways is a gift to the Liberal Democrats.

Anyone who is unlucky enough to live in Lib Dem areas will recognise that.

The libdems almost took Brent Council but were denied control. There were too many disbelieving residents. They knew the LibDems were lieing and Brent ended up a hung councill.
Their big cock-up, was they didn't have the guts or the will to take control. They wouldn't enter into any discussions with the Tories or Labour plus they said they were ordered not to take control of Brent council but to stay in opposition instead. It's obviously easier to tell lies in opposition, and you don't have to deliver on promises.

What's the story? Ming decides to ignore his base and move to the authoritarian ground..

Cameron has been moving green, red and yellow since he was elected...

While legally Conference is the sovereign creator of policy in fact it is always the leader in all parties (Cameron for example has gone to his friends not conference delegates to find policies).

For example some years ago I managed to induce the Scottish Liberal Democrats to, unanimously, pass a motion on Yugoslavia which not only called for an examination into the whereabouts of 250,000 "missing" Croatian Serbs who never reached safety but also for the arrest & trial of the "leaders of the countries that supplied the KLA with weapons while they were internationally recognised as a terrorist group" which certainly includes Messrs Clinton & Kohl.

Legally this remains the Scottish party position but, you will be surprised to learn, has never been alluded to by Scottish parliamentarians such as Ming.

Fortunately, with the hollowing out of all parties, such embarrasing decisions are increasingly rare.