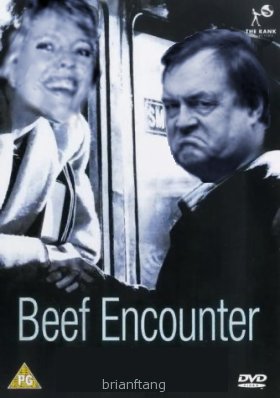 · Not to make ‘improper use’ of ODPM accommodation, furniture and workspace, especially during ‘official time’.
· Innuendo, leering, lewd comments, touching or deliberate brushing up against others is discouraged as it could lead to harassment claims.
· Alcohol is not permitted in many areas, and senior managers must ensure that office parties do not cause disruption.
· Not to allow staff, in their official capacity, to attend events organised by a political party.
· “It’s all about protecting people’s dignity at work”.

The Ministerial Code warns ministers that they must not seek to make their civil servants breach these terms and conditions of employment, and ministers must observe all the obligations of a ‘good employer’. Caroline Spelman MP, Shadow Minister for Communities & Local Government, said: “It comes as no surprise that a man who couldn’t even pay his own council tax bill can’t be bothered to read his own official handbook. This just shows that there seems to be one rule for Labour ministers living it up at taxpayers’ expense, and another for everyone else. Perhaps if John Prescott had read the rulebook, he wouldn’t be where he is now.”

“Ministers have a duty to... not to ask civil servants to act in any way which would conflict with the Civil Service Code... and a duty to observe the obligations of a good employer with regard to terms and conditions of those who serve them.”

USE OF OFFICE & FURNITURE

What was reported: “He would usually be going through his ministerial box. Things always started with us touching. It might have been me touching his arm, or him patting me on the back. We would kiss and things would go on from there. Sometimes it was behind the desk, but mainly we stood behind the open door. We were very lucky we were never caught as we never shut the door. I knew what we were doing was risky but we both got carried away” (Tracey Temple, cited in Daily Mail, 1 May 2006).

“Miss Temple also claimed in her diary that their mutual admiration steamed over in another historic setting, the Admiralty Board Room, which the DPM uses as a conference room... It has always been a room occupied by substantial men: the great table in its middle has a semi-circle cut out at one end, traditionally said to have been done to accommodate the girth of a particularly substantial First Lord of the Victorian era, George Ward Hunt” (Daily Telegraph, 1 May 2006).

“Official time, information and resources means all official time, services, materials and equipment provided for use on or relating to the official business of the Office and/or the Crown and (by way of illustration only) includes: … (k) accommodation, furniture and workspace, (l) public funds, (m) official time” (Part A, Personal Conduct, p.6-7).

“Where a civil servant believes he or she is being required to act in a way which is illegal, improper or unethical… he or she should report the matter in accordance with procedures” (Part A, Personal Conduct, p.45).

What was reported: “New extracts from diaries kept by Tracey Temple disclose how Mr Prescott repeatedly made advances towards her, despite her attempts to rebuff him, and how he even flirted with her in front of Ministerial colleagues. She describes in detail how the Deputy Prime Minister was ‘eyeing her up’ when they met for the first time the day after Labour’s 2001 General Election victory. And just five days later she confessed she felt uncomfortable about the way Mr Prescott continually looked at her. The diary entries, published today in The Mail on Sunday, reveal how, after months of ogling, Mr Prescott attempted to force her on to the bed of his luxurious grace-and-favour London flat. She had gone there along with Joe Irvin, Mr Prescott’s then special adviser, as Mr Prescott was supposed to be working on a crucial speech to be delivered at the Labour Party conference. But as soon as Mr Irvin left, the Deputy Prime Minister made his move. The diaries detail how Mr Prescott intimately touched his £26,000 a-year secretary as they sat in the back of his chauffeur-driven Government Jaguar and how he enjoyed ‘dirty’ conversations while she sat at her Whitehall desk” (Mail on Sunday, 7 May 2006).

“Their affection shocked staff. One woman colleague said she had seen Tracey nuzzle Mr Prescott’s neck in the lift. She said she thought it was ‘inappropriate’. Mr Prescott later laughed off the incident as a bit of messing about. But three days later he was absolutely livid to find that office gossip claimed they were having an affair. He told people it was ‘none of their business’. And in the week afterwards he would regularly make a joke of who he got into a lift with at work in case he was accused of having an affair with them. Eleven days after the party Mr Prescott was still at odds with one aide because he was aware they had been discussing his relationship with Tracey and ‘causing him problems’.” (The Mirror, 27 April 2006).

Staff Handbook: “Sexual and racial harassment or abuse arises when someone is subjected against their will to unwanted verbal or sexual advances; made the target of embarrassing remarks jokes or names; confronted with offensive material or ostracised because of his or her race, sexuality or disability. Conduct failing within the category of ‘intentional harassment, alarm or distress’ as defined in the Criminal Justice and Public Order Act will give rise to the commencement or internal disciplinary procedures and in serious cases could lead to criminal proceedings… Employer liability – in law an employer is responsible for the actions of all employees which occur in the course of their employment” (Part B, Working in the Office, p.25-26).

“Harassment can be a serious, traumatic and humiliating experience. It is particularly important to ensure that harassment does not occur in the workplace where the effects are likely to cause low morale, lack of confidence, anxiety and serious problems for individuals and teams. The Department for Transport and the Office of the Deputy Prime Minister are equal opportunity employers. They aim to ensure that all their staff are treated fairly and have equality of opportunity to develop their skills. Basically, it’s all about protecting people’s dignity at work… If our policy is to be more than just words, all staff need to acknowledge our responsibilities for preventing harassment, discriminations and victimisation within ODPM” (Part B, Harassment and discrimination in the workplace, p.1, emphasis added).

“Examples of cases upheld in the courts, and types of harassment defined in legislation include: … Innuendo… Mockery or lewd comments… Leering, lewd gestures… Offensive mannerism or style of communication… Touching or deliberate brushing up against others.” (Part B, Harassment and discrimination in the workplace, p.2).

What was reported: “John Prescott’s office sounded like a great place to work. Sometimes some of the staff would stay up drinking until 5.30am during the week then crash out at hotels” (Tracey Temple’s fiance, Barrie Williams, quoted in The Mirror, 27 April 2006).

“Her diaries give the impression that it was nothing unusual for Mr Prescott’s staff to get drunk at office parties, some attended by Mr Prescott himself, and turn up for work with raging hangovers” (Mail on Sunday, 30 April 2006).

Staff Handbook: “Alcohol is prohibited in some of the Office’s premises (see local instructions) and where there is no formal ban, line managers are expected to ensure that office parties do not cause disruption to the work of the office” (Part B, Office Policy on Alcohol, p.2).

Staff Handbook: “You must not attend in your official capacity a conference, seminar or other event convened by, or under the aegis of, a United Kingdom party political organisation” (Part B, Security & Confidentiality, p.17)

Civil servants and local government officials described Prescott’s Department as unfocused, lacking leadership and comparable to a ‘pantomime horse’. The scathing verdict on the ODPM was revealed in a leaked MORI opinion poll of government officials and stakeholders. It depicted a department that is poorly managed, ‘out-gunned’ by other departments and suffering from ‘re-organisation fatigue’ (Sunday Times, 8 January 2006).
Posted by Iain Dale at 1:08 pm

The story of the handbook was featured on the ITV lunch time news, but unmentioned on BBC news. Strange..

Anybody who requires a 1000 page document to tell them how to behave in the workplace should be sacked instantly.

According to today's newspapers, Prescott has "the Prime Minister's full confidence" - doesn't that sum up this Government?

Iain in your zeal to put the boot into Precott you've missed the real scandal.

What sort of incompetant organisation has a 1000 page staff handbook.

While the civil service still thinks that sort of behaviour is acceptable we will never have real reform in the UK.

It would stand in the way of any party - be it Labour or the Conservatives.

Which chapter has the playing rules of croquet in it?

Not as apt, but it could have been "Briefs Encounter".

Beef Encounter - Scene 1, Night. A hotel balcony overlooking the Mediterranean. John leaning on the balustrade, Tracy's leg around his neck.

Tracy: It's a beautiful evening. The stars ...

Tracy: That huge yacht ... those strings of lights reflected in the Med ... I wonder whose it is.

John: It'll be that cow Cherie Blair's. It always is.