The Dwindling Responsibilities of the Home Secretary 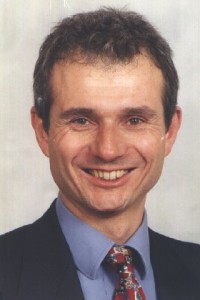 I have long thought that all this rubbish about the Home Office being far too big and needed splitting up was, as Bernard Ingham might have said, bunkum and balderdash, and was merely a figlead of an excuse to cover Charles Clarke's huge embarrassments. Expect it to be revived by the good Doctor John over the next few weeks. So it was with great interest that I saw this Written Question from Conservative MP David Lidington on 17 May. He asked the Home Office to list those responsibilities transferred from it to other Departments and vice versa since 1997. The Answer shows 24 functions transferred out of the Home Office and only 3 new responsibilities travelling the other way, of which two are of trivial importance. The functions leaving the Home included: human rights, freedom of information and data protection, gambling, liquor licensing, election law and the fire service - all weighty matters. Ministers should therefore have had a lot more time to focus on the remaining core responsibilities of the Department. It reinforces the view that it's is not so much that the Home Office being too big and unwieldy, but the incompetence or idleness of Ministers that is the real problem.

You seem to be forgetting that a year ago you stood for parliament on a pledge to further diminish the responsbilities of the Home Office - so surely your complaint is that there has not been enough of this going on?

Anonymous, you really are very stupid. Read it again. V e r y s l o w l y. This is a management issue which Labour Ministers have failed to grips with. It's got nothing to do with how big the size of the Home Office is. They have failed to implement proper management systems and controls. This sort of thing never happened when the Conservatives were in power. And no you're wrong. I wish to dimninish the responsibilities of all governmment departments - not just the Home Office. All this lot are doing is rearranging the deck chairs, whereas some of them should be dismantled altogether. I;m a Tory. I believe that smller government is better government. End of.

There were a number of serious failings within the Home Office when the Conservatives were in charge. These included prison security (escapes and rioting were both at far higher levels than today) and some similar immigration issues to today (and also the converse in a couple of cases of people being deported despite having been given leave to remain. One was apparently killed.)

I agree that the Home Office is a mess under Labour but really can't read "this sort of thing never happened when the Conservatives were in power" without breaking into a cold sweat and laughing hysterically.

Iain, actually you stood on a manifesto of splitting the Home Office in two because you (or your party) said it was too unweildy. I suggest you reconsider your rant.

Did I? Perhaps you could enlighten me as to the detail. I was aware that we proposed having a Minister for Himeland Security, but not in a separate Department. But that still is totally irrelevant to the original post.