LibDems Look Both Ways on Energy...What a Surprise... 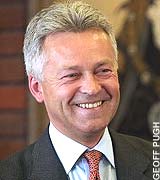 I think most people are rather appalled at the 22% hike in prices announced by British Gas today. The Tory Spokesman Alan Duncan said “We are clearly not immune from global fuel price increases, but the situation is made worse by the lack of liberalisation in the European marketplace. Hard working families could see much slower increases, or even falls, in our gas and electricity bills if our neighbours in European work toward more open and competitive markets for energy. The Government should have done more to promote liberalisation during its Presidency of the EU last year.” 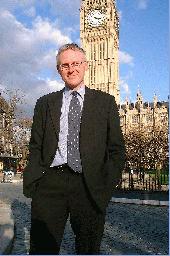 For the Liberals Norman Lamb said " This is an horrific increase which will cause real pain to thousands of people. According to the DTI's own figures, an increase of this size means that by the end of this year more than three million households will be living in fuel poverty." He agreed with Alan Duncan on market liberalisation: "Action to tackle anti-competitiveness in European energy markets is a start, but we also need to tackle possible market abuses which make it
difficult for new providers to enter the UK energy markets. The Government also needs to do much more to promote energy saving measures so households end up using less gas and electricity."

So far so good. But what's this? I understand that it is a longstanding Liberal Democrat policy for the climate change levy to be replaced with ‘a carbon tax which falls on energy use according to its carbon content’ This will inevitably mean that gas bills, coal bills and electricity bills will all rise.

Andrew Stunell MP, LibDem Energy Spokesman, has admitted, ‘the carbon tax would, inevitably, be a tax on all energy users, including those in the domestic sector and those facing fuel poverty’.

Their then Treasury spokesman, Matthew Taylor MP, remarked, ‘by introducing a carbon tax we want to give people the expectation that fuel bills will rise’.

They pledge to ‘internalise the external costs of energy production: the approach to working out the pricing structures for different forms of electricity should take into account the environmental costs of different types of energy’ (Liberal Democrats, Green Budget, April 2002, p.12).

Admitting that their carbon tax would raise more money than the existing climate change levy, they state that there would be ‘additional revenues from the carbon tax’ (Liberal Democrats, A better environment, a better life: Liberal Democrat policies for the environment, November 2003, p.7).

So if they are critising today's price rises it seems they would happily replace them with other price rises. I'm sure Alan Duncan will be making that adundantly clear!
Posted by Iain Dale at 6:00 pm

sorry about this iain, but just to let you know that i have now added your site to my links list. Would it be possible if you caould add my site to your listings also?
Thanks.
James.

The out of date policy quotes you use are all from before Norman kicked your ass in the general election. Surely after the last month in the lib dems you can do better than this?

Out of date? From the Lib Dem website (today) 'We will reform the Climate Change Levy into a Carbon Tax'. Which was what was proposed at the election (an election in which the Lib Dems got fewer than a third the number of seats that the pre-historic Tory's achieved) Regardless of whether a Carbon tax is a good or bad thing, it would increase energy prices so to complain about a private company increasing its prices is hypocricy.

Power prices will only have to go up if politicians stick to their "renewable" energy fantasies.

We know perfectly well that nuclear electricity can be produced in essentially unlimited quantities at 1.5p a unit because that is what France has been doing for years.

According to help the Aged 24,000 pensioners a year die from the effects of fuel poverty - this is an obscenity & unnecessary.

The Lib Dems come out of this looking inhumane but no party & only a few honourable individuals come out looking much better.