The Guardian on David Cameron

It's not often that I find a Guardian leader column very thought-provoking. But today is an exception...

There is an infamous moment in Conservative party history, only partly created by Winston Churchill's subsequent portrayal, when Stanley Baldwin acknowledged putting the party's electoral prospects ahead of the country's need to rearm. It is the 70th anniversary this year of the Commons debate when Baldwin told MPs that no party advocating rapid rearmament could hope to have won the previous year's election, as he had with 53% of the popular vote. Tory diehards are already preparing the ground 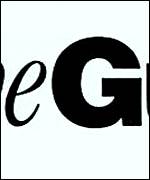 for a similar charge of betrayal against their new leader. For the moment, the Thatcherite grumbling - most recently in this newspaper by Stanley Kalms and in the columns of Prospect magazine by Robin Harris - signifies nothing more than proof that David Cameron is moving in a more electable direction. He is doing much better than any of his recent predecessors; but is not yet doing terribly well. Since his election in December, the Tories have nosed ahead in the polls after 14 years of flatlining, a big achievement. However, the lead is only a few points, and sometimes not even that. He cannot afford too many catastrophes like the Dunfermline byelection result when the Tories were left trailing in fourth place, and he would be ill-advised to await the kind of crisis that Thatcherites remember so fondly, the winter of discontent that transformed tax-cuts, monetarism and hostility to trade unions into electorally attractive propositions. The government has problems ahead, but as David Cameron rightly anticipates, they are unlikely to lend allure to the doctrinaire agenda of the traditional Tory diehard. So far, Mr Cameron has been lucky and smart. The one area where he would not be forgiven for abandoning the old party line is Europe. Instead, he has incurred the wrath of other European centre-right leaders and taken it to an even more sceptical position by promising to withdraw Tory MEPs from the European People's party. Since Europe does not loom large on the domestic horizon, and residual feeling tends to the hostile, he has escaped serious difficulty. But he has taken significant risks with treasured party dogma on tax, on selection in education, women in politics and - though not yet fleshed out - the environment. Among the electorate he has established himself, despite flimsy evidence, as the greenest of the current crop of party leaders. It is not clear what interventionist powers a Cameron government would take to pursue his aspirations. His bravest move has been to declare against the 11-plus and further selection in education - the move that seems most to have irritated one of the party's leading backers, the spread-betting tycoon Stuart Wheeler. Almost as provocatively, he is clearly determined to use the power of Central Office to ensure that Conservative candidates in the next election will represent contemporary society a good deal more effectively than at the last, a move that has ruffled many in a party that is still inclined to cite Margaret Thatcher as a pioneer of gender equality. There are undoubtedly affronted Tories, although nowhere near enough to justify the renegade UK Independence party's claim that offering them succour will restore its fortunes. Mr Cameron can safely assert that the two-to-one margin by which he won only last December is a mandate for change. He knows his political history: and he has a far greater challenge than cuddling up to the core vote. He has to prove that his party has a reason to exist into its third century. It positioned itself on the wrong side of the modernisation argument in the 19th century and teetered on the brink of it in the first half of the 20th. But it has always had an appetite for power that has fostered what the Conservative historian Lord Blake once called "wholesome pragmatism". It may not be glorious. But it's what democracy is for.
Posted by Iain Dale at 10:37 pm

Certain sections of the media, such as the BBC and Guardian, often state that David Cameron is more Eurosceptic than Michael Howard and Iain Duncan Smith, because not even they were prepared to leave the EPP. This is typical of our media’s shoddy reporting. IDS was laying the groundwork for withdrawal and negotiating with other centre-right parties to join the new grouping, before he was ousted (by the Davisites?)

I am not convinced that Greenery is a vote winner. It excites the chattering classes but on polls it always comes way down the list. Also it ultimately is unsatisfiable as the Luddites will always say the latest restrictions aren't enough to make the world perfect. Blair may be more on the money when he says people will never vote for an environmentalist agenda that cuts growth.

Of course I may be prejudiced.