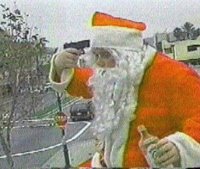 You couldn't make it up. Actually, Wonko's World just did. Got you going though, didn't it?
Posted by Iain Dale at 8:06 pm