When Your Own Words Come Back To Haunt You 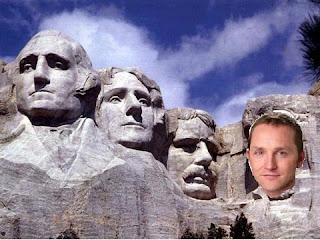 This is an extract from a speech given by Culture Secretary to the Royal Society on 13 Sept. Click HERE for the whole thing. If you must.

Now, none of this is to say it hasn’t been a difficult year for television. It has. Of course, a politician talking to a journalist about trust is a bit like a City banker talking to a Premier League footballer about pay restraint. But, even if I’m in no position to teach broadcasters any lessons, the same thing applies to us both. In both politics and television, you devalue the only currency you have if you forfeit the trust of the public. I’m glad to see that there is a widespread recognition that something has seriously gone wrong and that it needs to be put right. Lessons need to be learned. But there is a right lesson and a wrong lesson to draw.

The right lesson is that broadcasters and producers need to respect their audience. You need to put your house in order, and if you don’t there will be a clamour for OFCOM and the BBC Trust to take further action. The wrong lesson is that this shows the public are now liable to give up on public service broadcasting. Actually, the episode shows the opposite: an idea is dying when it no longer warrants any comment, not when it provokes outrage. The public outcry showed that people still rely on broadcasting for accurate and truthful information.

Contrast that with people’s expectations of the internet, where people understand that not everything they see will meet the same high standards as they expect from TV and radio. It is in the very nature of that medium that people can say anything legal they want, and then be judged in the court of public opinion. At the end of a bad year, I don’t think the bell is tolling for broadcasting. I do think people feel let down. But you only get to feel let down if you hold something in high regard in the first place.

"Of course, a politician talking to a journalist about trust is a bit like a City banker talking to a Premier League footballer about pay restraint."

On the basis that most City bankers earn less than Premiership footballers, I can only come to the conclusion that he thinks politicians are less trusted than, er, journalists...

Nein, stop. I can it not more stand! It is too funny.

People complain about the BBC because they are forced to pay for it under pain of imprisonment.

The PM program on R4, this evening, talked about him being involved in some sort of digital insertion. I have explained what this is to non-medically trained readers on my blog.
Xavier

"Lessons need to be learned. But there is a right lesson and a wrong lesson to draw.

The right lesson is that broadcasters and producers need to respect their audience. You need to put your house in order, and if you don’t there will be a clamour for OFCOM and the BBC Trust to take further action. The wrong lesson is that this shows the public are now liable to give up on public service broadcasting."

This is utterly, utterly awful. What is all this 'lessons' garbage that these cretins keep spouting? An incredibly hackneyed term which has now reached the point of complete irrelevance.

And why does he so blatantly insult the intelligence of the audience?

Surely we could expect rather more elegant and intelligent speechwriting from a 'Culture Secretary'? This is the true zenith of mediocrity.

Then again, maybe not.

He means that he cannot contemplate the decline of the media over whom his kind exercise the greatest control, and whose chiefs and injuns he feels the most sympatico.

He means that not only is the quality of analysis on free media in no way inferior, it's threatening.

He means that, actually, he is against free speech.

Three posts about a nobody doing nothing much?

You must be embarassed about the terrible reality of the coming weeks.

I have just looked at what Matthew Parris has to say. Basically he is accusing Brown of being more or less what we all know he is, only in a way that makes you understand why Matthew Parris is a Times Sketch writer.

I agree that time is running out for Brown - for the longer he leaves it the more the chance of him leaving office an unelected Prime Minister; forever a footnote in history. I agree Brown has nothing to say. I never bothered to watch a minute of the Labour Party Conference, just knowing it would be so.

I will be glued to the Tory Conference. I don't do football but the feeling I shall have upon watching it will be akin to seeing England fight it out on penalties.

Matthew's end tag is, "this man, this Government, is so beatable."

I agree but where is the evidence that David Cameron is the man to do it. Even by Matthew Parris' faint praise, there is not a lot to go on.

I am afraid we shall have to leave it to the state of the economy in order to see NuLab unravel.

The Mt. Rushmore take is ingenious - to whom are we indebted for a good belly-laugh?

Iain, I saw you last night reviewing the papers with the Baroness Smug. I wish to commend you for not strangling her although if you had it would have been a worthwhile job, a true public service.

Contrast that with people’s expectations of the internet, where people understand that not everything they see will meet the same high standards as they expect from TV and radio.

I think he's just called us all a bigger bunch of liars than either the BBC or Parliament.

In days gone by that would be considered sufficient grounds for having the blighter horsewhipped at the parish pump, surely.

Surely James Purnell has done us all a favour. No longer will we have to put up with Government toadies, incompetents and timeservers - sorry, "ministers" - drivelling on and on at photoshoots in skools'n'orspitals, kissing our lovely clean babies, boring the balls off us at election meetings and so forth.

Under the new dispensation we can just assume they were there, photoshop them in afterwards and bugger off down the pub. Look at all the time, money and mass tedium this will save. A round of grateful applause for the Culture Secretary.

Purnell can once again be thankful to his friends at Newsnight. During last night's programme, as part of a segment in which Emily Maitlis and Liz Mackean did their best to downplay the whole affair, a statement of denial from Purnell was played but there was no cross-examination. Liz Mackean said, "He is known to be a very media savvy politician - he worked in the media before going into politics." Not mentioned was where in the media he worked.

On the subject of your "own words coming back to haunt you" I think there's fertile territory in digging up what the young Broon said as a hothead socialist student in 1970s Edinburgh. Young Broon would undoubtedly have denounced the right wing dog whistling speech of this year's Labour conference. There are some tantalising titbits in James Naughtie's book The Rivals (about Broon and someone called Tony Blair). Some bright Conservative party researcher should be digging up old copies of The Student - the rag Broon edited and getting hold of his speeches as student rector. Labour are obsessed with digging up dirt on Cameron - I'm sure some fun could be had with contrasting the socialist firebrand in his early days with the Thatcherite loyalist he now purports to be.

I am so pleased this has happened James made that huge speech saying he would listen and take advice from the public about the shape of the Arts people e mailed him thinking he meant it sadly he never replied to one e mail.

So he deserves this

Purnell is the incompetent bastard who pushed through 24-hour drinking, thus turning most of our cities into urban wastelands at the weekend. And let us not forget this is the man who used a ministerial car to pick up his shagchum while she was working as a Newsnight producer...

The sooner Brown tells this imbecile that he is the 'Weakest Link, Goodbye to the Cabinet..' the better for all concerned..

So Purnell is a NuLab ex BBC appartchik...

And he expects us to belive that he doesn't understand Photoshop's merging features. He is, in the immortal words of John Wells 'a four letter fellow.'

Purnell has got to be one of the oiliest ponces on God's good earth. This could not have happened to a nicer fellow.

I am so pleased this has happened.