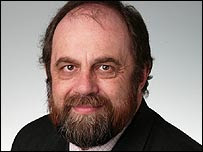 The LibDems seem to be having a little local difficulty over their continuing opposition to a referendum on the EU Treaty - which, of course they promised in their 2005 manifesto. Frontbenchers David Heath and Nick Harvcey have courageously said they support such a referendum and are now being threatened with the sack from Nick Clegg's team. There is a big debate going on among LibDem bloggers about the rights and wrongs of this. Norfolk Blogger is holding a poll. Even the normally ultra-loyal LibDem Voice has carried a questioning article. Antony Hook wants him to stay. Willow Man wants David Heath gone. He writes...

Well, what does he expect? A pat on the back? He goes out of his way to give a quote to the Western Daily Press saying that he would defy the party line over the Lisbon treaty and vote in favour of a referendum. Then what does he do? He tries to justify his act of act of betrayal by saying that he doesn't want to let down the voters or go back on what he promised. Crap! What about letting down the party and Nick Clegg? You do remember Nick Clegg don't you Mr Heath? He was the man we elected LEADER just before Christmas... The last thing this party needs are loose canons. It's about time Mr Heath learnt the the hard way that "There is no 'I' in 'team."

Frontbenchers David Heath and Nick Clegg have courageously said they support such a referendum and are now being threatened with the sack from Nick Clegg's team.

He tries to justify his act of act of betrayal by saying that he doesn't want to let down the voters or go back on what he promised. Crap! What about letting down the party and Nick Clegg?

Who wrote that post Iain? You seem appalled at the the thought of a politician with some intergity. I would merely be surprised. The boy clegg is wrong as is bully brown - both insisting that lying to the electorate is proper. You're joining these cretins? Beachhutman

There's no 'o' in 'Clegg' either.... otherwise his name would be Nick Clogg.

who is this extremely ugly man? a little editing please Iain.

Frankly, I don't give a fig about the Lib dems. Naturally, I fully support Heath's dedication to the increasingly forlorn cause of a referendum on the Eu constitution. I am somewhat disturbed by Heath's resemblance to Mullah Omar of Taliban-fame.

Yeah but there’s and M and an E. Thank god someone is lancing the boil from which oozing, pustulent sack of hypocrisy that is the Liberal Democratic position can pour forth. There is a wider significance to this . Liberals are very much into their ?”Retail Politics and as they are usually teachers have loads of time to complain about the over mighty edicts of whoever it is they are protesting about . Thus far they have been able to square this with their undemocratic and internationalist commitment to mangerialism but it is becoming difficult . The reason is that that every time they protest( For example about our proposed incinerator) UKIP and ‘I want a referendum’ , point out that have already shipped our right to have any say to Brussels ,. So finally they are discovering what the farmers , the business men and the fishermen discovered along time ago …. There is no democracy without a Demos and there can be no demos in Europe . They are beginning to see what they have done .


Glad to see you onto this Iain ...a most important development and the beginning of an ongoing split in Liberal ranks

It depends if Cleggs bosses in Brussels tell him to or not!.

Anonymous, how on earth you infer that I have, God alone knows. Of course I support Mr Heath (and I never thought I would ever write that!) in his courageous stand. My question is whether Nick Clegg will. He loses either way, really.

Interesting isn't it how both Labour and the LibDems are reneging on their manifesto promises to give the people a referendum on the Lisbon treaty. Guess that it's only a matter of time before "me too Dave" does as well.

Iain, I think you need to make clear that that is a quote from Willow Man as it looks like you are launching into the diatribe against Heath and, SHOCK, have become loyal party hack for the LibDems.

Heath looks like Brian Blessed by the way. Can someone get him to say "fresh horses Warwick" in the House?

This man (Heath) is following his conscience. There will be a turning point. Every now and again the people get so pissed off that they cannot stand any more. When I say the people I mean the ones who work and obey the law (Labour's easy targets). There will be a backlash, history has proven time and again that the people of a nation can be pushed, but only so far. What we must do is to ensure that the backlash comes as soon as possible. Leave it too late and you end up with Nazi Germany: BNP territory

The teasing post from our host does seem to suggest that he abhors Mr Heath's stand.
However,it appears from his intervention that he is too subtle for most of us and nonetheless that he is a supporter.
ID should have learned that these days politics is too incredible a subject to permit such sophistication.
And on the other hand, what if it was some Conservative rebel taking a stand on Europe or taxation or immigration....
This is not really a story that any of the main parties can safely pursue.

This would never have arisen if they had acted with integrity and kept faith with the electorate. To say they want a referendum but a broader one was just spin and waffle. It had no chance of being adopted so it was the easy option.

I think it all of a piece with Clegg. He is a lightweight and was voted in on the 'pretty boy syndrome' that gave us Blair, Cameron and Clinton.

So party loyalty takes precedence over personal integrity, then? Yes, I think that for some it certainly does. Now, where do we start?

"his courageous stand" pah! More fear for his 812 majority down amongst the Somerset yokels one might suspect...

The LudDims have clearly & deliberately lied to their voters, something which Bob is clearly very pleased with.

I trust all their candidates making any election promises in the future will find this total dishonesty mentioned repeatedly.

The same obviously applies to labour.

Brilliant isn't? The EU comes back to haunt all pretenders to the throne of politics.

Forget the Liberals, they don't count.

Dave's days are counting down, regarding the EU ratification debate in Parliament.

When that debate is over, and Labour wins the day, then serious political commentators will suddenly realise that Dave's days as leader of the Tory Pary begin on that day.

Day one of his leadership begins there and then.

I'm not complaining, you understand.

Nice to see that Dave takes me seriously now, though and is backtracking his party over Europe.

does anyone else smell a rat?

It wouldn't suprise of this is a frabricated 'rebellion'.

Maybe some sandal and sock wearing Lib Dem strategist though this was a way out?

Why oh why oh why on earth have you quoted from the willow man?

The man's a pathetic little sh*t!

And a defector from your party where he should make a quick retreat!

There's no I in team but there are three Ns in cannon. Or is he a kinky vicar?