Has Digital Radio had Its Day? 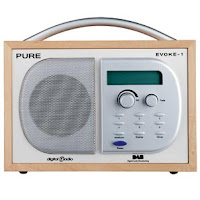 Juliette Garside has a good piece in the business pages of the Sunday Telegraph on the future of digital radio. She reckons DAB has reached is Freeview moment and the launch of Channel 4 Radio will determine whether it's set to succeed in the long term. The problem seems to be the expense of the licences. When they were awarded they were given in tandem with FM licences. If you took a DAB licence you were given a 12 months extension to your FM licence at the same time.

When Oneword Radio went out of business at the end of last year I tentatively looked at how much it would cost to set up a current affairs, talk based, DAB Radio station and the practicality of taking over the Oneword licence. The last bit might have been relatively straightforward - OFCOM were indeed optimistic and helpful. Yet the cost of it rendered the project strangled at birth. The licence cost around £1 million a year. Add on equipment and staff costs and it's easy to see why DAB Radio is a difficult commercial project. There's little prospect of recouping the cost through advertising. As the Telegraph piece makes clear, advertisers are just not keen on DAB.

The launch of Channel 4 Radio has now been delayed on two occasions, I believe. I hope they don't get cold feet. They have invested a lot in the project and it would be a great shame, particularly viewed through the prism of listener choice, it it foundered now.

POINT OF INFO: Juliette Garside asserts: "DAB is compatible with mobile phones and good for portable radio sets and - in theory -cars, although no carmakers install it yet." Not true. I have it in my car.
Posted by Iain Dale at 1:15 pm

I honestly don't know if it's had its day or not, as far as I'm aware it's never really worked properly anyway. There are still far too many dead spots as well as very poor quality reception throughout the country. The price of the receivers hasn't really come down to a decent level either.

How does HMG justify the million-quid price tag?

btw, I just had the misfortune to turn on Radio 4 when they were interviewing John Prescott about China and Sudan. Eek! That guy is the David Brent of politics. I laughed a bit but in the end I had to turn it off. Dangerous to cringe while driving.

I shall be furious if DAB radio folds, having bought a cheap and an expensive Radio.
I shouldn't get too excited about Channel 4 radio Iain, Bob Shennan's running it, and look what he did to Radio 5 !
We used to have quality broadcasters like Julian Worricker ,and serious discussions, now it's mostly football and celebrity gossip.

do not base any arguments on that article, which is very very flawed.

- Local stations who are carried on DAB (not dab multriplex owners) get an extention to their FM licences; which were due to be expire 12 years after award, and be re-adverised. FM stations and DAB stations PAY NOTHING for the right to broadcast.
- £1M is not the cost of a DAB licence, it is the price tag the multiplex owner charges.
- Arqiva & Gcap owned Digital 1 the national DAB multiplex (multiplex is a bundle of space that can carry many stations)and that business returned several million pounds profit to its ownerslast year.

- Big media does not like spare dab capacity as it lowers the price and allows new services to be viable.

- Local/regional DAB space is a monopoly carve-up: Big operators restrict space and fill it with its own services to prevent new stations launching. those new stations that do launch end up paying for the whole cost of the multiplex; the equivalent of building a few small stores and letting them to a local newsagent, hairdresser and estate agent at a price that pays for the building of the not just the shops, but the roads and the big tesco supermarket next door.

DAB is superfluous at home with a greater choice from internet radio. On the move, FM is good enough with all the background noise.

One wonders whether the savings of the dim lightbulbs is not negated by pushing a radio technology that uses 5x the amount of electricity.

And anyway, Radio 4 is a Weltschmerz & guilttrip channel, nearly every piece has some religious sermon about 'global warming' or 'the yaddawhatsits is endangered'.

If I need my brain washed I can turn to good old fashioned drugs instead of Radio 4 -- and it's safer for ones' mental health than posh Weltangstwoffle any day of the week.

As always end the market will decide. If the market is biased to give far to much to the Labour government it will quicken its demise as we can now see with DAB radio. Glad I have not bought one. Perhaps Labour will nationalise it like Northern Rock. If only the Tories had a proper leader Labour would be out for the count as of now.

funny you should say that!

The problem with DAB is (as already stated) you can't access in lots of places. I can listen to radio stations through Sky and on my laptop through my broadband connection - but try to get a DAB signal and I am continually disappointed.

A problem over the viability of UK DAB broadcasting relates to the costs of buying licence as Iain has said, but that is not all. Due to the pricing system, linked to bandwidth, UK DAB licence holders transmit their broadcasts at a bitrate of 128 kbps (256 kbps is considered acceptable), substantially lower than FM, and accordingly a poor deal for hi-fi enthusiasts.

As others have said, there are lots of drop-outs and gaps in coverage. Hi-Fi geeks are not impressed and anyway most have good FM receivers.

Germany has dumped DAB for good. Planet Rock ( a favourite of mine when I could get it) is to be axed.

Why is this happening? Let's be clear.This is political. Technically, high fidelity DAB is possible. This entire project has been stifled by greed and bureaucracy.

Culture secretary, James Purnell, came out with the usual pants at the instigation of a taskforce to find out why punters were not buying into DAB.

"Digital radio offers more choice to consumers and the British radio industry is leading the world in the transition to digital. There would be great advantages for both consumers and business to completing that transition".

No, Mr Purnell, at the moment the only advantage is rip off licence fees going to the Treasury. FAIL.

It's going to do a Betamax, and soon.

I agree that DAB is the Betamax of radio. Of all the new technology around DAB has been unique in disappointing this consumer.

Oh, and who has all the mega-signal channels? BBC, for all the channels you can already get on FM, with no added benefit on the DAB format. So why bother?

I am yet to be impressed by DAB and hope FM continues indefinitely.

DAB sound quality is inferior to FM for HI Fi.

DAB's high power consumption is a problem for portable radios.

Radios Two, Three and Four account for about 98% of my listening. Where I live I'm not interested in anything else including local stations.

Also, I've heard that DAB does not lend itself to use in cars.

The technology may be modern but consumer benefits of DAB radio appear not much of a step forward.

In short, I'm not going to buy one.

Even though I live in West London I find the FM reception to be abysmal. Especially on Radio 3, a necessary refuge when Radio 4 goes all religious on Sundays. TheJazz was a very good station. I suspect it lost listeners who like me were driven mad by the fact that it only seemed to have one oft-repeated commercial for a "value" hotel chain

I love my DAB though. And I'd be lost without BBC 7.

My main concern is the power usage. It just sucks up the electricity like no other radio I've ever had.

I thought, in my ignorance, that DAB radio was going to open up the airwaves to more low budget radio stations and pave the way to more interesting local stations.

I love theJazz and I am sad it's going!