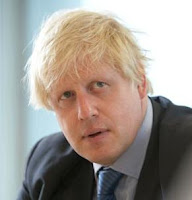 ConservativeHome (via Twitter) and Ben Brogan are already reporting the news that Boris Johnson will announce today that he will run for a second term as Mayor of London.

I understand (from non LBC sources) that he will make the declaration on Nick Ferrari's LBC Breakfast Show between 9 and 10am this morning.

I can also exclusively reveal that Australian elections guru Lynton Crosby has been signed up to run Boris's campaign, which will formally be launched at the Conservative Party Conference in three weeks time.

Keep tuned for more as I get it...

PS You can stream the Nick Ferrari Show at lbc.co.uk.
Posted by Iain Dale at 7:59 am

Bad and bad. Bad for London, bad for everyone.