Why Damian Green's Constituents Should be Worried 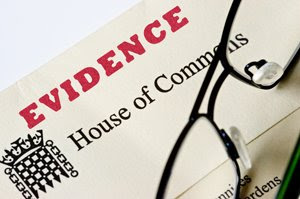 One aspect of the Damian Green case which has been overlooked is the effect this has on his ability to represent his constituents and take up cases on their behalf. All his computers have been seized, along with his mobile telephone and home phone lines. In effect, he has no the ability to communicate with the outside world from his constituency home in Ashford. Indeed, he has asked people to send him their phone numbers and contact details via his Facebook page.

Having worked for an MP doing constituency casework (OK, it was 21 years ago!) I know what kind of confidential problems constituents approach their MP with. Imagine you had written to Damian Green a few months ago with a complaint about the Police and he had taken it up for you. Imagine how you would feel this morning, knowing that in all likelihood some anonymous Detective inside Special Branch is at this moment trawling your correspondence on his hard disc.

Imagine you were a battered wife, seeking advice on how to get redress against your violent husband, who just happens to be a Police Officer. That correspondence would now be being read by a Police Officer.

Imagine you are a constituent wanting urgent help on an immigration case, or that your benefits have been miscalculated and you are urgently waiting for an answer. You won't be getting one very quickly...

Presumably Speaker Michael Martin thought about this when he gave the Police permission to enter Damian Green's office. This is why people across ALL parties are so concerned at what has happened. It's not Conservative v Labour. It's about Parliament v The State.
Posted by Iain Dale at 1:02 pm

Very, very well put Iain and totally accurate. I am no Tory but you are right on the money. Liberty-loving people of all parties are deeply concerned, frustrated and angry this morning and also I have to say, quite frightened.

This MP arrest is 100% unlikely to lead to a charge. It was carried out:

(1) As a pretext so that an MPs confidential correspondence could be searched.

(3) To intimidate other whistle blowers.

(4) To intimidate the media.

(5) To intimidate the opposition parties.

The pathetically half-baked, confused and incoherant lie that the government knew nothing about it and wouldn't interfere with the police is contemptible as it shows the contempt they hold us in, that they think we would believe such drivle. Of course the Home Secretary and the PM knew all about it.

Is there some kind of Parliamentary Writ that can be issued demanding the MPs correspondence be returned forthwith?

Aren't all our Emails, mobile telephone calls, texts and web browsing going to be logged by ZNL anyway?

Iain You are quite right, this is not a party political issue, and as a long term member of the Labour Party fully back anything you do to continue to publicise this awful mess.

Actually, it was one of the first things that occurred to me, as of course I too have constituents' correspondence and other documents on my system.

I already protect my data (all of it, not such that) very well indeed, including having at least two full backups (encrypted, naturally!) offsite at any time.

Now, though, I have double-encrypted all my ward casework and thoroughly "nuked" (as we call it) the unencrypted originals, as well as all my hard drives' free space (to allow for files being moved around on the drives, as can happen) to military standard — 35 passes!

I am taking this very seriously, just as a matter of principle, and would strongly suggest that all elected members at any level should do the same with all but their current casework.

Question for the MPs, lawyers and police members (despite my blooger name, I am not in the Bill) out there:

If Damian Green has encrypted all of his constituents' case notes, which would be wise under the Data Protection Act, using a tool such as the excellent open source TrueCrypt, may he legitimately refuse to disclose the password by citing Parliamentary privilege without fear of prosecution? If "yes", all well and good. If "No" then the Opposition should have no problem getting the LibDems and minor parties, as well as a lot of Labour MPs to support an appropriate amendment to the Law(s) that pertains.

I recall, if correct, that such refusal was part and parcel of the Laws to do with terrorism, which may explain why the anti-terror squad was used in the first place. I love conspiracy theories!

Relax! Only the bits that log the to, from, when data are to be held. Not the contents. NuLabGov.uk told us so, so it must be true. (actually, it may well be true - just imagine the size of hard disk needed to store complete emails and fax/phone call contents for several years for the entire UK population)

I read (somewhere) that his wife, who is a lawyer, refused to allow the family computer to be taken, because it contained "legally privileged" information. In what way is an MP's correspondence not legally privileged?

And if his home was searched, presumably a warrant was issued by a judge or senior law officer. That's the "safeguard" we have against indescriminate police action.

I haven't heard anybody yet question who signed the search warrants for his home or for his parliamentary office, and on what grounds they felt that the request was valid.

If the police are able to get any search warrant without consideration or scrutiny, then this safeguard no longer exists, and I think we have a much bigger problem than we imagined.

Encryption is good, of course. It will protect data in the event of media loss or theft.

However, so far as I remember from when RIPA was first being enacted, it is an imprisonable offence not to divulge encryption keys when demanded by police, and a further offence to divulge that any prosecution is connected with refusal to divulge such keys.

Could any legal whizz here clear that up for me?

AndyR,
"And if his home was searched, presumably a warrant was issued by a judge or senior law officer..."

No.
Under the PACE 1984, police have powers of search and seizure without a warrant when a person has been arrested for an indictable offense - it just need the OK from an inspector.
That is presumably why Green was arrested on suspicion of a common law offense whose reform was recommended a decade ago, and which judging by the official CPS guidance will never lead to a charge.

What makes this case so disturbing is that it is a clear warning of how far we have gone down the road to authoritarianism. That people are prepared to defend the arrest is more disturbing still.

Though clearly party politics are involved in the affair, I entirely agree that the principles at stake have absolutely nothing to do with party politics.

Constituents are increasingly resorting to e-mail but even those who still write in will have the replies to their queries on the computer. I don't see how encrypting casework will be any safer as most MPs also keep hard copies in their office files which I assume were also searched.

I am also alarmed that his (Damian Green) constituents weren't able to e-mail him over the weekend. It is not uncommon for an emergency case to come through on the weekend which means that Ashford residents were left without the help of their MP. The whole thing is absolutely sinister but I wonder if Joe Public really cares or is this is just the concern of the Westminster Village and those with an interest in politics.

By the way, I just saw Jackie Smith on TV and it is clear that she is lying through her teeth.

Some discussion of encryption keys here, which you are legally obliged to disclose when asked by police. Someone also mentioned TrueCrypt, which allows you to create an encrypted storage space in your computer.

Since any fairly competent criminal (and surely all serious criminals) already knows this, the only people whose private information is vulnerable are the general public and probably a few incompetent criminals.

Keep it up please.

This is growing -as it should- Even Sky News had a bit on it today!!

I am looking forward to Speaker Martin's explanation. I bet he blames (as this shoddy government always blame) some official.

If it was done in his name He should have the decency to fall on his sword.

Brown is, strangely quiet. IS he out saving the world?

Were I not locked away slogging at an essay on the right of politicians to interfere in the operational affairs of the forces of state, I would have written something similar. You've beaten me to it.

Some good later comments (as well as good earlier ones, but I'm thinking specifically of those that followed-on from what I wrote earlier).

My own situation is different from most if not all others in two respects, so I cannot close all the loopholes that others will encounter.

First, I am (virtually) entirely "paperless", and was notable as Medway's first (and only, to date) Paperless Councillor.

Second, I have what might be called "programmable memory", and if I am ever put under pressure to divulge anything confidential, including passwords, that information will be securely deleted from my memory, so I shall be incapable of giving it out.

Once I am confident that the situation has normalised fully, I have a way of re-acquiring that information by external means that I shall not disclose here.

As readers of this will probably surmise, I take this whole business very seriously, have done so for years, and have taken detailed and comprehensive precautions. I knew that this country was being turned into a totalitarian dictatorship, and prepared accordingly.