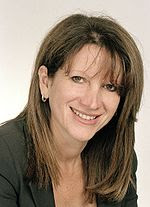 In a crisis some people come into their own. They ask the right questions, find the right words, keep calm and lead from the front. Others keep their counsel for worry of getting it wrong. They appear like a rabbit caught in the headlights and wait for others to lead while they play catch up.

Lynne Featherstone hasn't just reacted to the current crisis. She broached Haringey Council's leader in 2006 alerting him to the problems within the Children's Services department, yet he did nothing. Featherstone hasn't sought to play politics, but she is clear where the blame lies and is demanding that those responsible are held to account for their decisions and negligence. She has shown herself to be a very adept politician on this issue and it is unbelievable that she isn't being used more widely by the LibDems. Nick Clegg seems to have punished her for running Chris Huhne's leadership campaign. If he has any sense he will give her a leading job soon. She has more talent in her little toe that certain other LibDem women have in their whole bodies.

I don't take back a word of it. Since then, you'd have thought that David Lammy might have followed his neighbour's lead. Instead, there has been a wall of virtual silence from him, apart from one or two remarks which have left him with a huge amount of egg on his face. Paul Waugh makes the point for me...

Where once he just seemed focused on attacking the Lib Dems for scurrilous slurs on his local council, he now appears to have miraculously changed his mind....

"Over the course of the weekend, 61 headteachers that have more experience than you or I, or Lynne Featherstone, have offered their reassurance that they feel Haringey has been protecting children."

"Clearly lessons have not been learned. I think it is right that there is new leadership in Haringey. This is a very dark and sad day for the people of Haringey. In relation to young, vulnerable children who need protection, there have been deep failures. The report was littered with the words, 'inadequate', 'poor', 'management failures'. Against that backdrop, we need change. Change that must now come as a result of this inquiry."

It couldn't possibly be the case that Mr Lammy is shifting with the wind blown by a Very Important Cabinet Minister. Could it?

Five years ago I tipped Lammy to be Britain's first black Prime Minister. Just goes to show. Never trust my tips! He has been a lamentable Minister. Labour MPs despair at his embarrassing performances in the Commons where he continues to make a complete arse of himself. I saw an interview he did on Sky the other day about his "best friend" Barack Obama and he spoke so slowly I wondered if I was watching him on 33 and a third rather than 45rpm (that dates me, doesn't it). Lammy's performance as a constituency MP has been terrible, and most of his party know it. He does not deserve to be a minister.

I don't know what Nick Clegg's previous view of Lynne Featherstone was. But he must be impressed by the way she has conducted herself over the Baby P case. If there is any justice in this world there will be great things ahead for Miss F.

I apologise to Hornsey & Wood Green Conservatives for praising the woman who they are no doubt trying to oust at the next election, but there are sometimes in politics when you should recognise - and say openly - that an opponent has done well and risen to the occasion. This is one of those occasions.
Posted by Iain Dale at 11:04 am

The question that remains is who is accountable...Quis custodiet ipsos custodes?"

Thta's also the very same David Lammy who was sent a letter outlining failures in child protection in Haringay by Neres Kemal's solicitor, and did precisely jack shit with it.

Maybe the cretinous Mr Lammy would let us know the names of those 61 Headteachers who have supported his earlier views - and whether all 61 of them have now changed their position, too. Perhaps even now they are crayoning their letter of retraction.

This is an endemic sickness throughout Haringey which is also visible in many other areas. We have a very sick society, managed by those who neither know nor care.

Time to name and shame.

I have always thought Lammy was particularly bad in all departments. I watched him on newsnight some time ago and he was utterly incapable.

Don't oust the woman, turn her.

If you want to know Nick Cleggs view of Lynne Featherstone you should get the seat behind him on his next flight ;-)

Is it that at its very heart, this issue exposes a problem; that the office of MP is less than glamorous and attracts a certain type of character. it is perhaps a shame that MP's are given such responsibility yet precisely what standards are set to prevent the next blithering idiot coming to representative office??? Standards should be laid down for the quality of people who take up the office...this is true also for Local gov position, police... in fact teh NCSL NPQH appears to set head teachers in the minority. is it actually any wonder there is a shortage of sch heads? its harder to be ready to do the job!!!

What made you tip him to be a future black PM?

I, too, have been greatly impressed by Miss Featherstone. She is far too good for the Lib Dems and should join the Conservatives. I am sure she would find much in the IDS reports she can agree with.

Also those heads of schools who wrote praising that ghasatly woman must hang their heads in shsme. I look forward to reading a fullsome apology tomorrow from them....pigs fyl!

"He has been a lamentable Minister. Labour MPs despair at his embarrassing performances in the Commons where he continues to make a complete arse of himself."

Sound ideally qualified to be the next Labour leader, in fact he sounds about as "up to the job" as the current one.

He's not been rumbled has he?

Praguetory said... "What made you tip him to be a future black PM?"

The fact that he is black ? Which is clearly better than brown ?

No disrespect to Lynne but she's just doing her job. It's a bit like Dave at PMQ's - it ain't politics, it's administration - the gal done well perhaps mainly by her restraint.

Are you serious with your twitter about Sir Cliff?

He's a pathetic local MP and an insipid minister.

When he speaks of Obama it makes me cringe. I wish i had the opportunity to vote against him.

To be fair, you weren't only one to make that mistake about Lammy, Iain. I seem to recall that a certain red-top tabloid once christened him "the Black Blair."

This could also be called 'Baby P: A Tale of Four MPs' as Nevres Kemel's lawyer sent a copy of the letter about children at risk through mis-management at Haringey Social Services to the DCSF - headed by Ed Balls and manned by, amongst others, Beverley Hughes Childrens' Minister. No accountability or transparency about that though is there?

Not so keen on Lynne Featherstone Iain and unlike you I quite fancy her .On Lammy I could not agree more every time I see him I realise the error of positive discrimination . He is a shameful failure
Hey who saw Nick Clegg being asked if he would take seven weeks off when he has his next satanic spawn which is next year. At Bournemouth “February.Mr Clegg, 41, told delegates: “Yes I will take paternity leave, absolutely and unambiguously yes.”
But on the Politics show he was not so sure now Liberals want the perid extended to ‘seven weeks ‘. Oh no his career is far too important for that mularky . That recommendation applies only to trivial people ie other people .

Back to baby P

Unity is claiming to have some inside knowledge about the validity of the report
I said ....wonder how you now feel about your equally torturous defence of those responsible for the death of baby P ?
He replied -...’ I may well not be finished with this story as I have already had one or two intimations directed to me which suggest that yesterday’s inquiry report may not be absolutely on the level either.....what’s been suggested to me is that what the Ofsted inquiry found regarding Haringey is ‘what they were told to find’ in order to ‘placate the media’ and that, in particular, what should be questioned is the decision to task Ofsted with re-doing the Serious Case Review, from which only the revised executive summary will be placed in the public domain. rather than carry out an open inquiry into the case.
This, its been suggested, may have more to do with a desire to rewrite history to fit a particular narrative than it has to do with ‘learning’ any lessons from the case itself’

He claims there is more to follow from an unnamed source.I shan't hold my breath

Lammy is in the Paul Boateng mould;
a second-rate chancer in a sharp suit and a plausibly posh accent.
When Bernie "We gave (the police) a bloody nose" Grant snuffed it, Tottenham Labour Party wanted another black man.
Enter Lammy, waving a crap degree and a race card.
He looked the business, but he's been found wanting.
Ambassador to Malawi perhaps?

I remember him being useless in the by-election. His Lib Dem opponent wiped the floor with him. He is standing in Chippenham this time so we should get a chance to find out how good he really is against a real opponent.

I agree with your opinion of Lammy.

He is a despicable character, and truly undeserving of any public office.

He is tribal, bitchy, and incompetent.

A black Gordon Brown then.

"Five years ago I tipped Lammy to be Britain's first black Prime Minister."

Looks too oily to be trusted.

Very well put. I've only discovered this blog over the last couple of days and it's excellent.

Trivial thought on the record speed analogy, but you can always look on the bright side and consider that you didn't go for 45rpm and 78rpm! ;-)