Backstage on the Andrew Marr Show 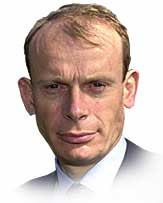 A reader just emailed to ask what happens before and after the Andrew Marr show, so I thought I'd share a few backstage secrets with you.

When you do the paper review they normally send you the papers the night before to prepare properly. However, as I live in Kent I said not to bother (ever mindful of the need to save licence fee payers' money!) and I'd arrive a bit earlier. Anyway, when the alarm went off at 6am, I did wonder why I was doing it. I arrived at TV Centre at 7.45 and was taken up to the green room with Caroline Lucas, where we started trawling through the papers. Andrew Marr and his producer Barney Jones were already there. I remember when I last did the paper review in 2003 when David Frost was presenting the programme that Frosty didn't turn up until a quarter of an hour before the programme was due to start. Andrew Marr has a more hands on approach.

Caroline and I each chose five stories (although we only got through three on the show) which the ever attendant researcher Ajay then marked up. When I do a paper review I normally underline the important bits of the story and write a few notes in the margins, but on this programme you have to hold the paper up to the camera so you're not supposed to write on the newspaper. At about 8.30 we were taken to makeup - they always spend far longer making up women, I find. I was done in about 1 minute flat. Perfect skin, you see :)

By this time Jeremy Irons, George Osborne and Billy Bragg had arrived too. Alistair Darling arrived at the last minute, and at 8.50 we were taken down to the studio and mic-ed up. One trick I have learned is that sometimes the back of your jacket can ride up and look very odd, so the way to avoid it is to sit on the bottom of your jacket. It's a bit uncomfortable but stops you looking a dick.

Osborne and Darling were brought into the studio to sit next to each other at the top of the programme (although on screen they looked separate) and were then wheeled off again while the paper review was taking place.

Caroline kicked off with the 10 tax story and I then talked about 42 days terror detention, making the point that a wise general doesn't fight on two fronts at the same time. We had a bit of gentle banter about the Tories' green credentials but after ten minutes it was all over - was it really ten minutes? Seemed like two! I then got whisked off to do a piece on News 24 (which is tomorrow being renamed BBC News) on the political stories of the day. Afterwards I returned to the green room and had a chat with Jeremy Irons. What a nice guy. He's playing Harold Macmillan in a play at the National Theatre at the moment.

The great thing about the Andrew Marr programme is the post match breakfast. When David Frost was presenting it the breakfast took place in the BBC Boardroom. Nowadays it's eaten in the staff canteen, but very enjoyable it is too.

Anyway, if you'd like to watch the programme click HERE. My bit is about ten minutes into the programme.
Posted by Iain Dale at 4:20 pm

You forgot to mention the bit where BBC apparatchiks come round and inculcate leftist propaganda into you, Iain!

I'm glad you enjoyed eating in the canteen, though. I don't.

And a plug for Total Anoraks and all.

Jeremy Irons? Should never have left Play School..... come to think of it, whatever happened to Big Ted, Little Ted, Jemima, Humpty, Hamble and Brian Cant?

Ah, thought that Dorset was even more wonderful today.

Not need to "inculcate leftist propaganda" when the presenter of the programme is a New Labour apparatchik.

Billy effing Bragg! The BBC are so predictable.

Brian Cant? Isn't he the LibDem candidate for Mayor of London?

Or something similar, anyway...

"It's a bit uncomfortable but stops you looking a dick." What makes you think so, Iain?

What could be more BBC than a pair of Irons chatting together in the Green Room.

Sorry Iain but you are asking to much of sitting on your jacket ...

Up at 6am. Thats a lie in in this part of Norfolk. I always think you stay up far to late Iain. early to bed early to rise..... and all that.

My father said to me when I was apporoaching voting age. If you vote labour they will always leave the country far worse off then when they came into power, and the people who vote for them think they can have something for nothing. How he has been proved right and how glad I am that I took his advice

Your performance was good but I was particularly impressed by Caroline Lucas. She is exceptionally articulate and is the first member of the Green Party I have heard who appears to inhabit the real world. Almost all of her Green colleagues seem to live in an airy-fairy fantasy world and are totally unrealistic in their demands and expectations.

I am so, so, so, so green with envy that you got to meet Jeremy Irons. He's one of my favourite actors.

I liked the suit you had on, btw. Oh and you look like you've lost a lot of weight!

thanks Iain, ignore those who are just jealous of your access to the green rooms of power. Actually the point of a personal blog to do the occasional story like this.