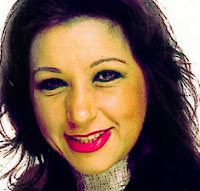 Breaking news from tomorrow's Mail on Sunday is that the Attorney General, Lord Goldsmith has admitted having an affair with a 49 year old barrister, Kim Hollis, only a matter of days after the Director of Public Prosecutions Ken MacDonald admitted the same thing. Anyone would think we were watching a replay of the 1990s at the moment - in spades. No doubt they were wearing a Chelsea shirt...

UPDATE: 18.57 This story is a Mail on Sunday exclusive, although the News of the World seem to be erroneously claiming it too. More in a moment

UPDATE: 18.59 The married father-of-four, a close ally of Prime Minister Tony Blair, said the matter was now "all in the past". Kim Hollis, 49, the first Asian female lawyer to become a QC, was identified by the News of the World as the woman involved. In a statement, 57-year-old Lord Goldsmith said: "My wife knows all about this and has done for some time. "It is all in the past and we are both very happy. "This is a private matter and my wife and I have no further comment to make."

UPDATE 19.01 Lord Goldsmith is in California at the moment and only learnt of the breaking story when the Mail on Sunday's Simon Walters contacted his office at 10am this morning. The News of the World got wind of a story and phoned the Attorney General's office, who confirmed what the Mail on Sunday were about to print. So the News of the World put it out to the Press Association as their Exclusive. Hilarious.

UPDATE 19.05 Read the full story on the Mail on Sunday website HERE. Read a profile and interview with Kim Hollis HERE.
Posted by Iain Dale at 6:38 pm

I would like to take this opportunity to congratulate my good friend, Lord Goldsmith, for his contribution to Anglo-Indian affairs...

At first I thought you were saying Lord Goldsmith and Ken MacDonald had had affairs with the same barrister -- doubtless on the 'taxi rank' principle so beloved of that profession.

What an ugly pair, ther deserve each other.

Is the NOTW developing a bit of form when it comes to nicking other Sundays exclusives and claiming it as their own?
Still it is a comfort to know more about his love life than his advice to the government over Iraq - NOT!

Anoneumouse said...
This comment has been removed by a blog administrator.
February 17, 2007 8:04 pm

Wonder if this has ANYTHING to do with decision making process at CPS over any pending charges at No.10?

"The couple had flown to California from the Cayman Islands in the Caribbean, where Lord Goldsmith had chaired a Commonwealth Attorney Generals conference."

A Commonwealth Attorney Generals conference??????
The Horror, The Horror

When the tabloids get an "admission", its usually as a quid pro quo for not disclosing some even more juicy snippet about the couples actions...

Joy Goldsmith ...has avoided the limelight but made a rare political intervention in 2005 when she tried to stop the St Stephen’s private club, which is close to their £2.5 million home in Queen Anne’s Gate, a stone’s throw from Parliament, from staying open all night.

‘It is a quiet street of high quality Grade I listed houses,’ she complained to the local council. ‘To have a late night club would be wholly inappropriate.’

And exactly why should living in Grade 1 listed house give you any more rights to quiet than anyone else ? !

No wonder these Jackasses are doing such a poor job when they have all this going on in their private lives!!!

For someone in his position, to suggest that an extra matial affair with a barrister was a private matter is laughable.
Such behaviour by the senior law officer is IMHO a disgrace. If he had any honour he would resign.
I have great faith in the ballot box, its just a question of if, not when, NU lab get booted

"My wife knows all about this and has done for some time. It is all in the past and we are both very happy."

Is that "happy" as in angry, hurt and bitterly humiliated?

First it was cash-for-peerages, and now it appears as though QCs wigs are being sold for sex...

Did she get a 45 minute warning?

Goldsmith bought his peerage with contributions to Labour and has been a very political A-G. This circus is becoming pungently olfactory.

Blair has his place in history - what more could he want ?

Do they think the public is so stupid we cant recognise when senior legal personnel have been nobbled.

I think the Sunday Mail wanted to make reference to it, but refrained.

Do we know whether she was invited to the bar while they were shagging?

So, let's just remind ourselves:

This is the "legal eagle" who reckoned that waging war against Iraq was legal - despite every other authority questioning it?

It's so reasurring that his mind was so focussed on such important matters of state and not on matters closer to home (thoough not necessarily his home.)

I wonder bow long TB has known of this?

How much work did she get from Lord Goldsmith as a result of her letting him "brief" her?

Er, you're confusing me for someone who gives a shit..

minum - that is a specious and facile argument. We all should have the right to object to developments which are not in character with the environment of the street we are in.

To complain because the owner of a Grade I listed building wants to get a decent night's sleep is just envy and displays your pitiful bitterness because some people have succeeded more in life than yourself. Get over it.

The AG was also addressing the American Bar Association conference in Florida (I think) earlier in the week. Wonder if he got generous 'expenses'.

Ugly? Oh I think she looks quite nice. Are you sure she's Asian though, she looks Welsh to me.

"Breaking news from tomorrow's Mail on Sunday is that the Attorney General, Lord Goldsmith has admitted having an affair with a 49 year old barrister, Kim Hollis, only a matter of days after the Director of Public Prosecutions Ken MacDonald admitted the same thing."

Surely this needs a bit of clarification ?

I'd rather see the A. G. be pilloried for the reversal of his decision on the legality of the Iraq war, his role in stopping the SFO investigation into BAE, and his insisting that he is impartial enough to decide if prosecutions should go ahead in the cash for peerages scandal despite being a Labour party donor ennobled by his friend Tony Blair.

Those are the things that make Lord Goldsmith a disgrace to his profession. Where he puts his dick is of secondary importance and is a matter for him, his wife and his mistress.

I'm not a member of St Stephen's, but have used it for private and political functions for some years.

It is incredibly quiet and restrained - very much a gentleman's club in the nicest sense - just in case anyone gets the impression that it's some kind of booze, gambling and girls kind of place. So you probably wouldn't see Guido there.

Yes it is all private, but don't expect people out here to have any respect for you or your position. You are just chancers who got there and are using uour position for private pleasures. I doubt any of these persons - and we should not forget Hugh Orde - would be attractive to these women without their office. It is just a pity that rather like David Blunkett they are too obviously busy womanising to bother with performing the jobs for which we pay them....then again.

Was it Montesquieu who wrote" "Republics end through luxury. Monarchies through vice" ?

Half way through the morning and still no mention of this on the Beeb.. I wonder why?

As previous blogger man of steel pointed out and also Tim Walker, of the "Sunday Telegraph" when doing the papers review on the BBC news this morning, here was the man who gave the legal justification for going to war in Iraq, involved in an extra-marital affair. Might pressure have been brought on him to toe the line on Iraq?
Andrew Marr said he would be grilling the PM on this topic. The "grilling" amounted to Marr asking Blair if he knew about the affair and if he did, would this have had any influence on Lord Goldsmith's role. To this Blair repied: "No and no." Marr then moved on to another topic. So much for the "grilling".

Bliars rehearsed defence of Goldsmith on sunday AM was laughable. "he has done a lot of good work in government'. Impartial?

This looks like a straightforward shagging story as in "Man Shags Woman", which is not a story at all - unless the woman is furthering her career by it.

Perhaps he said to her, "stick with me kid and you'll fart through silk"

Mogadon Marr never fails to disappoint.. Sorry, but it is time for a grovelling apology. I thought this was a story of staggering banality - but people seem to have voted with their feet - or rather let their fingers do the walking over the keyboards. Clearly there is a lot of interest in this, although I am struggling to see how having extra marital rumpy pumpy could have led to him having pressure put on him by the Government.

He is hardly likely to have said to Tony Blair 'Oh, by the way, I am playing away from home, just in case you wanted something to use to blackmail me to be even further up your arse than I am already'. That said I don't have a lot of time for the guy, so ain't gonna shed tears.

That said, when 'Beano Boris' does stuff like this I do a 'gallic shrug' and say, well that is just 'Boys will be boys, Boris will be Boris'. But that approach makes any attacks on the left for hypocrisy a little less stinging than otherwise they might..

Evidently imbued with a political philisophy influenced not a little by Marxism, it was beautiful to note the complete absence of critical suspicion about vested interests that she displayed in that interview, as I have pointed out...

Iain, could you not have found a picture of the lady involved ?

Rather than swiping a card from a phone box and scanning it in to the computer ?

Heaven knows what he was doing, but what is sauce for the goose..

Had I not followed the link I would have been left with my first impression that it was a photo of a bloke in drag.

No doubt they were wearing a Chelsea shirt...

Tone Made Me Do It - Also a very funny post.

Minum - Another funny one! And Henry Whitmarsh. What a great thread!

And that is one ugly, greedy-looking woman. For a nano-second, I thought it was Cherie Blair.

Apropos of nothing in particular, I see Eddie Izzard has a new 'serious' role in the offing...