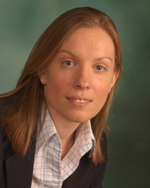 We then moved on to a pub/restaurant, which appeared to be in the middle of a wood (the relevance of this will become clear), for their annual dinner, at which I was singing for my supper. Tracey Crouch (who was my predecessor as David Davis's Chief of Staff) has recently been selected as the PPC for the constituency and it was her first major social 'do'.

I did tell you to speak up ,we have that problem around here , but the police are short on manpower (more police our eseteemed leader has said) so nothing has been done about it , couples have taken to having baseball bats in there cars, I do believe a few cars have extra dents now .

Pity the poor chairman. Years ago, when as a student tory chairman I rose to introduce Sir Geoffrey Howe, the friction of my denim-clad derriere on the cheap plastic seat cushion of the chair on which I was sitting produced a loud sound horribly like breaking wind.

Oh Iain, you are awful!
If Mr Sullivan's faux-pas tickled you as much as the "Stephen Ladyboy" incident, then I'm surprised you managed to deliver your speech at all!

My dislexic mate said this was a fun site to have a look at.
I'll have a word with that prat from Wanker.

On your way by car to the venue you would have passed several 'North Kent' woods where this practice has flourished.

Come to think of it though...

It's to do with that Jack Russell?

By the way that snap popup preview is REALLY irritating!

Changing tack slightly, I don't want to be nasty but is that really the best photo you could find of Ms Crouch? It makes her look like a chipmunk with a rather long combover.

>By the way that snap popup preview is REALLY irritating!

Amen. So is the collection of strange characters I get instead of an apostrophe when Iain goes into his 'inset quotation' typeface.

Excellent work, Mr Dale !! To have covered a serious topic like adoption and made a grumpy old fart like me laugh this early in the morning is no mean achievement, I assure you.

By the way, I think Mr Sullivan is actually right to be proud of this - it is rather like Simon Heffer taking pride in not knowing who Jade Goody is..

Stan Collymore & Jade Goody, a match made in heaven.

"You are talking total utter bollocks"


BUT how many other people have been mistreated by the 34th most powerful person in the media.

BTW If anyone missed the devolution discussion on Doughty Street I wouild have a look . It is rivetting and informative.

Following up 'newmania' - are you really using 'doughty street' to the full ? Perhaps from 11am you & Hazel Blears should present an alternative 'Richard and Judy' style magazine programme, with cookery and models in their underwear/bathing suits.

A bit of news over the lunch hour, and in the afternoon 'confessional' TV in the Oprah/Ricky/Trisha/Jeremy Kyle mould. Then after clearing up the detritus of the fights/tears you could have the political element.

Then at 11 over to the exploitative quiz shows [motto 'only the thick get ripped off on our channel'] then after midnight it metamorphoses into 'Big Blogger Dogger' TV - use your imagination, and send in requests to the studio email address, along with your Visa card number

Wow good to see that constituency is so in touch with what you do. I would have been a bit less gracious than you I must admit.

Lagwolf - in defense of my poor Chairman, it was meant as a joke.

Allan actually asked me beforehand if he could get away with saying such a thing.

The poor bloke is now in hiding. I understand several colleagues have already called and started barking when he answered the phone !

Ah...well one has to wonder if its quite the right taste in joke for the time.

Well I thought Cameron's recent pursuit of Blair at question Time has been 'Dogged'.