Coming in 2007: Battle of the Dave Books 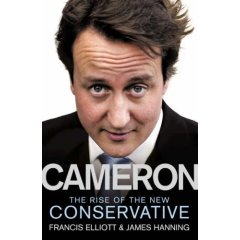 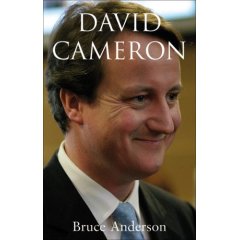 Earlier this year I toyed with the idea of writing a book about David Cameron. In the end I decided to do other things, but in 2007 there will be three books published about the Tory leader. Already there's a little battle developing between the authors of two of them to see who can hit the bookshelves first. Francis Elliott and James Hanning of the Independent on Sunday will probably write the better book, with some interesting new perspectives, but

according to their publishers CAMERON: THE RISE OF THE NEW CONSERVATIVE won't appear until the beginning of April, a month after Bruce Anderson's DAVID CAMERON. However, Anderson's book was supposed to have appeared in October so I wouldn't bet my house on it appearing in March. Jo-Anne Nadler is also writing a follow up to TOO NICE TO BE A TORY called THE REGENERATION GAME: CAN DAVID CAMERON REVIVE THE CONSERVATIVE PARTY? but it won't be out until July.
Posted by Iain Dale at 5:29 pm

What with the pubs being open 24 hours a day, I'm surprised Bruce Anderson writes anything at all.
Still who can forget his wonderful biography of John Major, political titan. Or Bruce's wonderful political sense, 'Why is it that apart from John Major I'm the only person who thinks the Tories will win this election, not by much, but they will win it' said in 97 48hrs before the biggest Labour landslide in history.

Has Anderson ever written anything that isn't boring?

Well, I have certainly never read beyond the first two sentences before sensing a numb feeling creep into my brain and a dense fog descending.

When do you think they'll be remaindered Iain ?