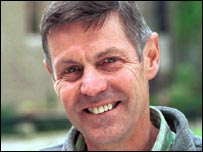 A few weeks ago I spent a very enjoyable 90 minutes interviewing Times columnist Mattthew Parris, while sitting on the balcony of his Limehouse apartment. This is the full version of the interview, which is 50% longer than the one which appears in the September edition of Total Politics. I hope you enjoy reading it as much as I enjoyed asking the questions.

Iain: How has turning 60 affected you, if it all?
Matthew: I’ve got a bit of a limp which comes from literally tens of thousands of miles training for marathons. I did my last London marathon in 1985 when I was 35 and achieved a very good time. I’ve given up long distance running since then. I think running is bad for you.

I definitely agree with that. Did you get reflective about where you’re going now?
There does come a point, and I guess in my case it has comes about now, when you think you probably aren’t going to do anything else big career-wise. I am now definitely not going to be Prime Minister, Foreign Secretary or a minister, or write a great book.

You’ve written several great books.
Well they’ve been fun to do. My agent Ed Victor, tactfully not associating it with me, his client, said that there was a kind of writer who happily accepted that God had given him a minor talent and wasn’t expecting anything more and at the age of 60, I see that God has given me a minor talent and that’s all really.

The original, shorter version of this interview appeared in the September edition of Total Politics magazine.

'I don’t think the Daily Telegraph played an entirely glorious role in all of this ... I think it could have been done in a more balanced way. Thy have done quite a lot to discredit the whole profession of politics. MPs themselves have done something, but so has the Daily Telegraph.' ....

Correct and well said. The Telegraph has just gone to hell in a basket. Total tabloid crap, still it is not as obsessed just yet with celebrity cellulite.

BTW - speaking of hell in a basket - you really should remove the link to Guido.

Very good interview with the always excellent Mr. Parris (one comment so far...maybe others in premod)

"I think there are a few people who have really significantly increased the amount of evil there is in the world. Alastair Campbell is one of them."

Shame he didn't use that quote on the back of his autobiography.

He certainly described Alistair Campbell perfectly and his view that Brown simply did not hear any bad news is percipient.

Characteristic of many very bad but powerful politicians is their unwillingness to accept the truth - their readiness to speak [and perhaps even believe] arrant lies without a qualm. Hitler, Mugabe, Verwoerd, Mitterand, Castro, Nyerere are amongst those who come to mind.

I am not kidding here, and no, it is not a photoshop - but Alistair Campbell's sig (as shown on his blog) and the signature of Aleister Crowley, once dubbed, "The Wickedest Man in England" are spookily similar.

You can compare them here:

Victor, you beat me to it!

I suspect that the word Drakensberg is of Dutch origin, a difficult concept if, like Iain, you are a hun-ophile!

Fascinating interview with the marvellous Matthew Parris. Agree with his comments about the brutish Alistair Campbell. But it's more than just shocking to read how mad, damaging and unintelligent Brown is and was. Ruined pensions, massive debt and high unemployment for generations. Shouldn't Brown be in prison for this (along with Blair and Balls)?

A really masterly interview, Iain. Not just for the facts, but for the real Matthew Paris.

So according to the entirely unbonkers and entirely not evil Mr Parris, Tony Blair is not quite his hero. He should be. Without his government Parris would still not have equal rights.

Anyone have a copy of Parris's article "What I Love About Blair's Britain"?

Matthew Parris gets better and better. He's one of the only commentators to say it how it is about Blair - evil. And again he pulls up influential Labour figures for letting Brown carry on with the dismantling of the country without even attempting to stop him, because they desperately wanted to cling on to power. I hope he is on Question Time and other such programmes more often in the future.

"What can you say in 2 minutes on Sky News that’s of any benefit?"

Iain - Isn't this what's called biting the hand that feeds it?!