Bobby Robson - A Giant Among Men 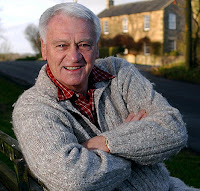 In a game of duplicity and dishonesty Bobby Robson stood out like a beacon. He was a true gentleman and one of the few people in football of whom no one could say a bad word. His achievements at Ipswich Town were legendary, and although he was attacked for his record as England manager, few football fans will ever forget the achievements of his team in 1990. The England v Germany semi final was a game that most of us will always list in our top five most memorable games of all time. I was an insurance reporter for Lloyd's List, covering a brokers conference in Nottingham. I remember sitting in a room with about 800 insurance brokers watching the game, and when Gazza broke down in tears so did we. Bobby Robson was about the only person to keep his cool.

His fight against cancer lasted a very long time. He couldn't quite believe he survived for as long as he did.

It really is true to say there will never be another Bobby Robson. He was a giant among footballing men.

PS Yes, this is a politics blog, but Bobby Robson was a much loved national figure, so please don't bother leaving a comment complaining about this post, because it won't be let through.
Posted by Iain Dale at 10:28 am

One of the few people liked by everyone, everywhere.

The nation loses one of its best.

Bang on the money Iain,

One of life's gentlemen. Warm, genuine, honest enough to admit mistakes but canny enough to get the best out of difficult talent.

In any walk of life it's always heart warming to see the good guy win. He was and he did.

As an Ipswich supporter and someone who was in Turin that night in 1990 it is a sad day today.

He will be remembered as one of the gentleman of football.

A great man. Memories of Italia '90 flooding back.

Ipswich, England, Newcastle: since his departure from each, none of them have reached the heights he took them to.

A great, great man. A true gentleman and a true legend of the game not just in England, but across Europe.

Very sad loss of a true gentleman, someone that modern managers could aspire to be like. And much underrated as England manager in my opinion.

A 'real' manager in the true sense of the word. Politicians could learn a thing or two from him....

A thoroughly top dude and an inspirational manager. The passion them lads had flowed from his erudition. Top dude - all the best to his family & friends, the Toon Army and tractor boys.

A fantastic guy - an Englishman admired across the world.

As well as the achievements with Ipswich, England and Newcastle don't forget his time at Barcelona when he was voted European Manager of the year

I take exception to your introductory remark "in a game of duplicity and dishonesty". I am, and have been for a quarter of a century, involved in grass-roots football. Admittedly there are some ne'er-do-wells involved, but the vast majority are thoroughly decent people.

One of our very best.RIP

Football grants many people a modicum of fame, but few will be remembered like Sir Bobby.

My favourite Bobby Robson story: He was signing copies of his book, and when a chap got to the front of the queue he said: "Sir Bobby, I bet you've had to sign lots of these today." Bobby replied, "hundreds, lad, hundreds."

When he walked away and opened the book it was signed, "with love, Bobby Hundreds."

That line almost made me vomit.

One of the good guys.
He was a good player too. I saw him play for England at Wembley and he wasn't outshone by Greaves, Charlton and Co.

Gazza loved him.
I hope doesn't go back on the booze.

Sir Bobby will forever be held in high regard by those of us at Portman Road; his achievements to earn us the FA Cup and UEFA Cup, to be runners-up in the league for two seasons on the trot are legendary, and it fills us with immense pride to be associated with him.

I am not ashamed to say that the news moved me to tears this morning; he was a true gentleman, a fantastic manager... a legend in every sense.

He will be sorely missed.

Bless him. Shows up Ferguson for the ill-mannered lout he is.

RIP Bobby. Thanks for that 1990 campaign - it was a cracker.

Agree completely. A very fine man and a great loss.

Bobby Robson symbolised all that was good about football. He himself was genuine, warm and truely one of life`s gentlemen....May He Rest in Peace

Bobby Robson was a gentleman and a football hero all over the world. 5 days after the revival match bet-ween Germany and England his final destination has come. All real football guys in Germany will never forget him. "A Red Devil from Kaiserslautern - South West Germany"

Even though I hate football and find it mind numbing, it is a sad he died after a long battle with cancer and he is a national icon.

Fine words Mr Dale, fine words to send him on with.

Regardless of which team you support, if you're into football, you'd have had at least a little respect for him.

I don't know how many managers in the UK game would be able to boast that, these days.

Legend and hero are often overused words. For Sir Bobby these are words that most suit. His love of the game was an inspiration to all. Even when England got knocked out of the 86 World Cup by the hand of god, he didnt moan, he just said something along the lines of sometimes you don't always get the luck. Football lost a legend, the world lost a man of dignity, courage, modesty.

Famous people pass away and its a sad occasion but I knew when Sir Bobby Robson would finally leave us, it would be even more so. I always thought after all the battles against cancer he won he could go on forever.

We may never have won a trophy with Sir Bobby, but he left us with some great moments.

Thanks for the memories Sir Bob, may you rest in peace

Robson and Clough took small regional clubs to the top. Will never happen again, now we have the Prem cartel.
Isn't that pretty sad ?
Hows about a Monopolies and Mergers investigation ?

Well said Iain. Never met him, never saw him (at least I can claim to have seen Clough and Ferguson in the dugout at Selhurst Park).

My best memory was the 1990 World Cup Final. Although we'd lost the semi, England won the Fair Play award, and Bobby and Gary Lineker collected the prize. Half the German team (led by Rudy Voller) broke off their celebrations and ran over to shake Bobby's hand and talk with him.

Perhaps the "Community Shield" should be renamed the "Bobby Robson Cup".

@dual citizen, I was thinking that they should have a trophy or award in his name myself. An award for those who have performed and behaved in the manner and spirit that the great man himself would have admired.

England v West Germany was certainly a memorable game for me. I was 7 years old and was in Turin for the game.

My dad booked us a last minute flight on teletext within seconds of David Platt's winner hitting the net against Belgium. Bobby Robson gave us a wonderful rollercoaster of emotion and great football. We'd come up from Naples after the Cameroon game and witnessed one of the most emotional nights in our football history.

He carried himself with great dignity, despite some viscious attacks in the press way before Italia '90.

It says everything about him that up to the end, he was involved in charity fundraising, despite his obviously failing health.

Thanks for the memories, Sir Bobby.