There was a time when I would read LibDem Voice most days. It contained some sparky pieces which could be both informative and entertaining. And then Rob Fenwick gave it up. Since then it has gradually become little more than a LibDem party mouthpiece. Today it has sunk to depths previously unplumbed. Click HERE to read an article which would like you to think that the local newspaper is coming to the aid of the LibDems. Mark Pack's story reads...

Pardes Weekly is turning out to be the most lively local newspaper during the
Ealing Southall by-election. You might be hard-pressed though to work out their
view of the Labour campaign from the latest edition.

Mark shows one story from the front page of this newspaper (even though it doesn't even say anything about the LibDems), but oddly Mark doesn't show the rest of the front page. I wonder why not. Well, let's see, shall we? 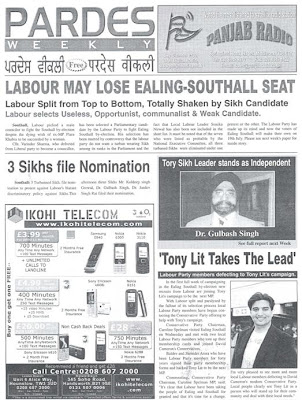 And he specifically wouldn;t want to draw attention to this front page piece, would he? 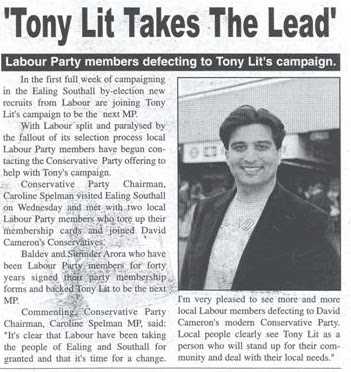 Stick that on one of your Focus leaflets!
Posted by Iain Dale at 8:18 pm