Gordon Brown - The Opposite of Ronseal 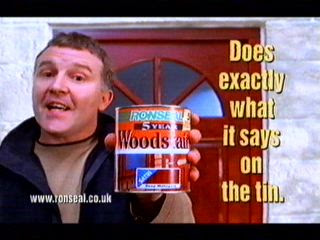 Today's lead story on the front page of the Sunday Telegraph should give heart to all Conservatives who want to see a lot of Summer Heat on Gordon Brown. We need more of it. The story's headline screams 'HYPOCRITE' BROWN CUTS £50 MILLION FROM DRUG WORK. Less than a fortnight after Gordon Brown announced he wanted to reclassify Cannabis from Class C to B, it is revealed that he is cutting £50 million from the drug rehabiliation budget.

This is exactly the sort of thing the Conservatives should be attacking on, and it's good to see Chris Grayling doing so. I suspect he was behind the Sunday Telegraph story. Brown needs to be constantly challenged when he makes grand promises which bear no relation to what's actually going on on the ground. We always had to read the small print in his budgets to get the real story, and his prime ministerial announcements are no different. Gordon Brown is the very opposite of a Ronseal prime minister. You really do have to check that it does what it says on the Brown tin.
What we could do with now, is a document from CCHQ that details all Brown's announcements in his first month, and an analysis of how they meet the Ronseal test.
Posted by Iain Dale at 1:18 pm

In fact it would be good to see people apply the Ronseal test to all political parties. As well as Labour we could do it to the SNP and LabPC administrations in Scotland and Wales, but we could also do it to the opposition parties. If the Tories want tax breaks for marriage, will they be in the next Tory budget? If the LibDems want more money for education, where is the money coming from?

'You really do have to check that it does what it says on the Brown tin.'

What it ought to say on any Brown tin is 'Merde d'artiste', though even the excrement po-faced collectors bought from Manzoni was fake.

If every Shadow Cabinet member worked as hard as Chris Grayling then the Tories would be in considerably better nick. Why not start a vote, Iain, to hear folks' views about the most visible and effective Tory Shadows.

Add Baroness Young yesterday who couldn't wait for the floodwaters to subside before proclaiming "water bills will have to go up to improve flood defences", never mind the £1 billion windfall on VAT the government are likely to trouser from these disasters.

It should be the party that is leading the atack. Cameron said he did not want yah boo politics, but he must atack labour morning noon and night.
He must increase the profile of his team. Just ask ordinary people to name leading ( new) Conservatives and they will be stuck after Cameron and Haig.
It is frankly not good enough, thay have become complacent.

Another example of Brown's continuing spin and deception is the illusion that he is giving more power to local people to make decisions.

As a meeting I attended during the week revealed, the opposite is true and we are seeing increased centralisation. I have blogged about it here.

Brown has put an end to 'sofa' government alright. What we have now is 'armchair' government where all the decisions rest with one man - Gordon Brown.

I think Tony Sharpe is onto a good line here with Gordon Brown - The Con is on !

But the line of attack is shaping up nicely.

My guess is that Gordon Brown knows where things will fall apart first and has already started the spin - its the housing market.

They are spinning to avoid the blame - we must pin it on them.

The Sunday Times also has a little snippet in its "Focus on Floods" article - quoting a recently leaked government memo detailing that in his role as Chancellor Gordon was intending to cut several millions of pounds from EA's flood defence budget later this year. Oops ! Bad timing on that one !

I like that term, it's one that should be used against all politicians and parties...

Actually, I am all in favour of cutting the drugs re-hab budget, much of which is wasted on people who have no real commitment to come off drugs.

But what I can't stand is Brown's incorrigible habit of slipping out stuff he doesn't want us to notice in small print, by the back door.

I wonder if, as the son of a clergyman, he could be persuaded to adhere to the same standards of candour and honesty as are required from cosmetics companies advertising mascara?

I totally agree with johnny norfolk's comments. Why aren't the Conservatives leading the attack? They have had so many opportunities recently of which they haven't made use.

The smaller print in the Telegaffe report is that the alleged £50 million cut is spread over three years 2008/11.

Only under Brownonomics does that constitute a 12 percent cut from the current (single-year) budget of about £400 million.

The thing about Ronseal is not to splash it around unnecessarily...

So you're saying Cameron should make the Conservative Party about spending more of taxpayers' money on drug addicts.

Gordon Brown put another tax on air travel, using the word "Green" to justify it. Nowhere did he promise to use the revenue for "green" purposes. No. As far as we are concerned it just goes to fund an illegal war in Iraq, and a war on the cheap at that.

Shockingly bad journalism from the ST. impossible to tell what is really going on. It's hard to tell. But this story is inaccurate, incomplete and so inconclusive.

Chris Paul said (8.06pm):
"Shockingly bad journalism from the ST. impossible to tell what is really going on. It's hard to tell. But this story is inaccurate, incomplete and so inconclusive."

But if you look at his blog he can't tell us what's going on. I can. It's a Labour cut, Chris. That's less actual "real" money being spent on drug rehabilitation.

Even you have to admit that's a cynical and hypocrital ploy by the "most successful Chancellor for the last 250 years". He's been forced to scuttle around to find a few millions to help the flood hit areas to cover up why he cut the EA's budget by hundreds of millions, wasted billions of pounds on the NHS for little return yet starved the armed forces of vital funding to fight in Afghanistan and Iraq.

Go back to writing about your local park, athletics and mini-motorbikes.

I suppose that the Sunday Telegraph is bias then !!!!!!!!