Who to Interview? The President of the USA or a Child Molester? 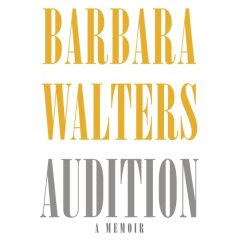 I've just finished reading the autobiography of American TV's most famous interviewer Barbara Walters. It was in many ways the best and worst of books, full of fascinating anecdotes but brimming over with namedropping, although if you have interviewed virtually every famous person in the world, I suppose you can hardly be blamed for that.

Walters started out in TV in the 1950s and blazed a trail for women in broadcasting. I can't really think of her British equivalent, but she is deeply revered in America. Her style of interviewing was/is hardly Paxman-esque and in some 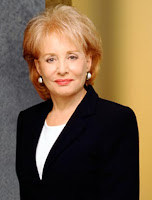 ways she makes David Frost seem like an attack dog, yet she was brilliant at what she refers to as "the get". If Barbara Walters called, you did the interview. She decided to retire from co-anchoring her 20/20 programme in 2004 (at the age of 75!), partly because she was frustrated by the priorities of modern day TV executives. This extract from her book explains why...

If I had second thoughts about leaving 20/20, and sometimes in the wee small hours of the night I did, by morning they were gone... I was hoping that the last interview I would do on 20/20 would be with President Bush. I had put in a request to interview him. I was told he would consider it. Earlier int he summer, however, I had received a whispered phone call from a woman names Mary Kay Letrouneau. She had recently been released from a seven year term in prison for her sexual relationship with an underage student named Vili Fualaau ... She now said she was consdiering telling all about her experience and would I be interested in doing the very first interview since her release. I said yes and hoped I could do it in August or early September. But Mary kay couldn't make up her mind... Finally she did, just a week before my last day on air ... While I was weighing this, a call came from President Bush's office. he had agreed to do the interview with me. Were we ready to commit for next week?

I rest my case.

An incredible tale, but symptomatic of the way of modern television. Chase the ratings, never mind the content.
Posted by Iain Dale at 4:18 pm

Love your book reviews Iain, infact I read C. Blairs' book after your review and loved it,now she is coming to Queens' festival in Belfast to talk about it! Can't see me indulging my self in this one though.

As much as it pains me to admit it, the director's had a point in this case. The President of the United States has no shortage of media willing to carry his message, and no shortage of exposure. Ms Walters style, as you point out, is hardly designed to elicit new information or push a subject into making new revelations.

On the other hand Miss Letrouneau is offering her first interview and the first of relatively few insights into her mindset. Ms Walter's unique, softly-softly approach was far more likely to illicit new and socially useful information from Ms Letrouneau than from President Bush.

I totally agree with Tom but it doesn't pain me.

On the whole, better ratings get better advertising revenues just like better magazine sales get more income through both sales and advertising.

One day, Iain, you might have to make the same kind of decision for your magazine.

The TV people have a business to run and shouldn't have to pander to the egos of presenters.

Barbara Walters is incapable of interviewing anyone with gravitas or asking any questions of substance. When she interviewed the King of Saudi Arabia last year, she asked him three times why women weren't allowed to drive....it was mortifyingly bad, as well as incredibly offensive.

I suspect her producer was as embarressed of her as anyone who's ever seen her on the View is. Give her the child molester anytime. (Who really wasn't).