Any Just Cause or Impediment.... 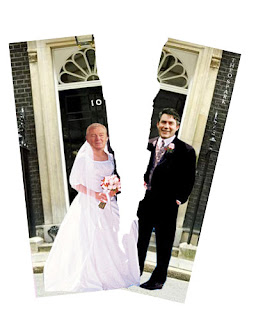 Hattip Theo Spark
Posted by Iain Dale at 11:56 am

You would have thought Pantsdown would lave learned his lesson over 'trusting' Labour with Bliar and the merger/coalition talks during the early years of Bliar's 'leadership'. But the idea of two untrustworthy parties not being able to work together ( at least, out in the open) is somewhat ironic...

Ian, when are you runnign a correction for your error-filled post about Johann Hari?

For readers who don't know, Ian:

(2) claims he described their behaviour over the past week as "pragmatic", when in fact he was clearly describing their behaviour a year ago, and contrasting it to today's

(3) calls Hari "anti-American", when he supported the Iraq war and often defends teh American people from prejudice

(4) accuses him of beign soft on Islamists, when in fact he is constantly being condemned by the far left for 'Islamophobia', has many death threats from Islamists, and has written today defending Salman Rushdie from them

If you have any integrity Ian, you really must print a correction.

Apologies for typos. (see - it is possible to apologise for errors!)

Bridegroom jilted at the altar.

Always the bridesmaid, never the bride.

What the hell does that mean? Can someone please tell Theo Spark what a non sequitur is?

Was Tony the best man? He must have been as it sounds like his speech is still going on... and on...and on :>D

'Blair gives in to Sarkozy'

What a wimp Blair is.

Well, that's a nice wedding present for the Broon.

Your picture is totally incredible. It appears to show Brown in morning dress. This proves that it is a fake.

'lonely megalomaniac seeks partner, who possesses easy way with people, is good with media, and who enjoys continual abuse and fits of jealous rage. GSOH essential, and an ability to give and take - well a lot more give than take actually. rewards will be considerable for anyone who can cope working with this psycho. Please write in confidence to 'Gordon' P.O.Box 10
Whitehall, LONDON.

That is Gordon NOT marrying a man. Very naughty, Iain....

...isn't BBC News 24 at 5pm on a Friday afternoon an odd time and place to give a first interview

"Brown couldn't get a Lib Dem to do the job, so he's stuck with you!" That's what should be said, over and over and over again, to every Labour MP who is given Ministerial office, or indeed anything else, by Gordon Brown and who failed to nominate John McDonnell for Leader.

"I had that Paddy Ashdown in the back of my Aeroflot Tupolev once. Some wobbly-eyed loon ws promising him a place in government and it seemed he swallowed hook line and sinker. Ten years later and it's spit or swallow time and he says 'spit'. Quite remarkable really. Me, I blame the Bosnians."

When can we expect Gordon to offer David Cameron a place in his cabinet? Or is he too left wing for Gordy these days?

Groom calls off wedding when bride refuses to take it up the arse.(exclusive)

Amid the mayhem and croissants here in Brussels, I’ve had a puzzling telephone call from a Minister who is unhappy about the Chancellor’s attempts to seduce the Lib Dems. He complains that at a meeting with Labour MPs just before nominations closed a few weeks ago, Mr Brown said: “By the way, when I said a government of all the talents, I meant a government of all the Labour talents.” The Minister tells me there was a “sigh of relief” at this assurance. Now he says: “If he does give jobs to Lib Dems then he lied to us.” For my part, I still think this was a supremely clever tactical ploy by the Chancellor which has caused mayhem in Lib Dem ranks.”

Here come Labour United in their traditional all-blue strip. That's Gordinho with a superb pass to ... himself. He dummies Pantsdown and beats the Mingster. It's Gordinho to Gordinho. A short pass to Gordinho and then back to Gordinho. Is there nothing this boy can't do? What are his options? Cameron's too far out on the left wing and Blair has just hobbled off with a serious injury to his anterior legacy. Could be out for a long time and might need divine intervention. Gordinho with a cross-field pass to Gordinho who controls the spin superbly and smashes it into the back of the net. One nil to Gordinho there and two years still to play. Quite remarkable.

Either I am extremely drunk or this is the wrong comments thread or both.

What happened to 'Not me, Guv'?

Something strange has happened here.

This morning, this posting related to a photo of Paddy Ashdown and Gordon Brown, courtesy of Theo Spark. Now it relates to...what exactly?

I thought that it was just me, but I then saw Diogenes' comment.